While microtransactions aren’t new to the gaming world, it has taken a turn in 2017 by making their way into single-player experiences such as Middle-earth: Shadow of War and Assassin’s Creed Origins. This has caused unrest in the gaming community, but Monster Hunter fans need not worry about such a system being implemented into its upcoming title, Monster Hunter World.

Monster Hunter games are primarily focused on, unsurprisingly, hunting monsters. The aim is to defeat these creatures in order to harvest randomised parts that can help you craft weapons and gear to move onto bigger and better hunts.

Monster Hunter series producer Ryozo Tsujimoto took to an interview with Gamespot to share his opinion on the loot crate and microtransaction systems, stating that the core gameplay of Monster Hunter World, like previous entries “has already built that kind of randomized, item reward into the gameplay.” 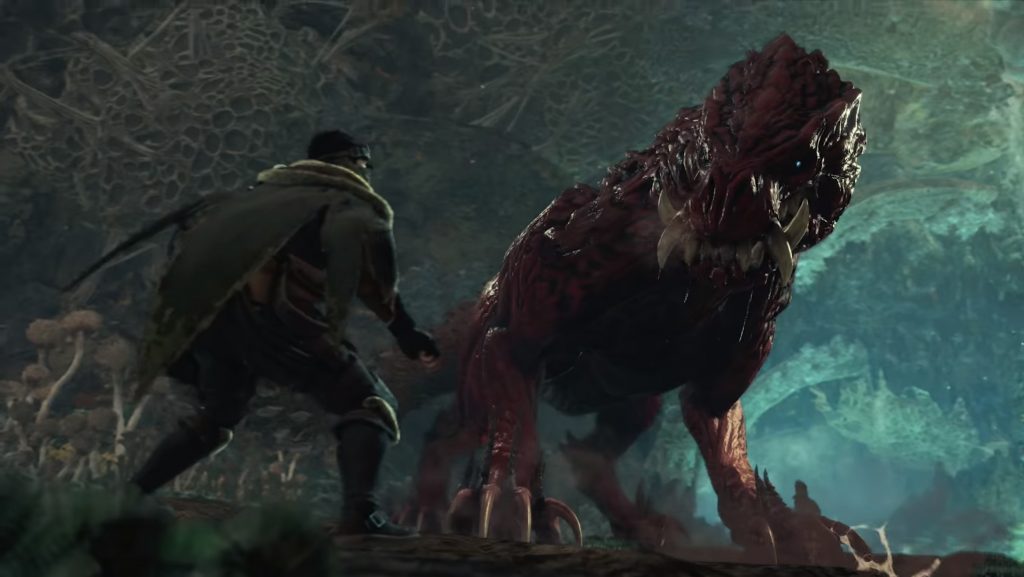 “Whenever you carve a monster after a hunt, you don’t know what you’re gonna get within a certain range. You’ve got certain rare parts that you almost never get. You’ve got some of the ones you don’t need that you get a lot of. And then there are the rewards for the quest as well. There are some [rewards] that are standard, there are some that are randomized, and a bit bigger or smaller chance of getting them.”

Loot is the core aspect of gameplay, to which Tsujimoto feels microtransactions would encroach upon.

“Our focus is on wanting to get people to play our action game and feel the kind of satisfaction that comes with the achievement you get with completing a hunt and getting rewards,” said Tsujimoto. “We want people to have the experience that we’ve made for them rather than the option to skip the experience.”

The main aim of the game is to immerse players into an experience where the action is the focus. Exchanging the more powerful items for cash would skip out on the fundamental skills needed to progress in the game and ruin the experience rather than enhance it in any sense, so it makes sense how the Monster Hunter World team is firmly against microtransactions.

Monster Hunter World releases on 26th January 2018 for PlayStation 4, Xbox One and PC, with the upcoming beta this December exclusive to PS4.

KitGuru Says: Placing the core game experience over anything extra is exactly the outlook we need from developers as microtransactions quickly dissolve what consumers are buying into. Monster Hunter World is shaping up to be a pretty neat start of the year for many gamers around the world, it seems. Will you be picking up the title?