No Man’s Sky garnered a significant amount of backlash during its 2016 launch, with many features discussed in interviews noticeably missing from the final launch. This caused Hello Games to fall silent on its communication with fans as the team worked hard to get the game in a state that players had been expecting all along. Lead developer Sean Murray wishes to change this moving forward, laying out plans for the future of No Man’s Sky in the form of a roadmap.

A lot of the fan backlash against Murray and his relatively small team at Hello Games was the inconsistency of what was promised during development versus what appeared in the launch version of the game. Slowly but surely, No Man’s Sky did get these new things, with the expected version of multiplayer arriving in the Atlas Rises update. This allowed players to cross paths as glowing orbs, albeit rarely, creating a monument of their time together. The NEXT update, in fact, takes things one step further, allowing players to come together and play the game in a co-op like fashion – something which was never truly promised for No Man’s Sky. 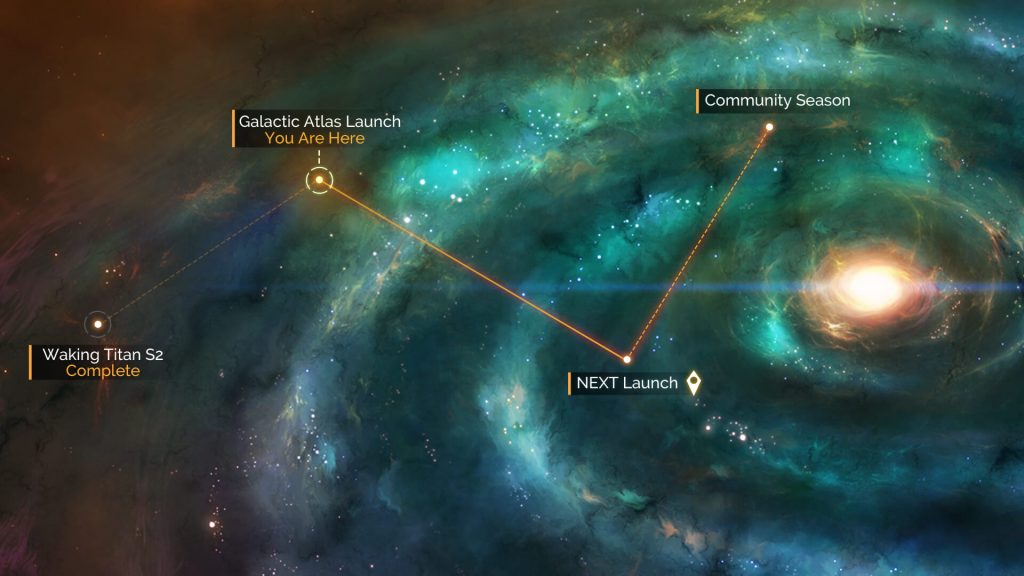 As Hello Games continued its development, it remained rather silent on behind the scenes work until things were nearing launch. This was due to Murray’s admission that he had “talked about the game way earlier than we should have talked about the game,” in an interview with Eurogamer. Despite this, No Man’s Sky has been a success, with Murray touting 20% of players hitting over 100 hours, 5% over 1000 and 200 million hours of the game being played in total.

Moving forward, however, Hello Games is “desperate to communicate better,” outlining a small roadmap on what’s to come. The Galactic Atlas Launch introduced feature points of interest in the No Man's Sky Euclid Galaxy based on a community survey. This was followed by the NEXT update yesterday and finally the game’s first full Community Season will arrive sometime in the future.

“One day I hope to reach a point where I feel No Man’s Sky is “finished”, but luckily there’s still so much more we want to do. Working on NEXT feels important to us, but I know it’s not the end of the journey. We know the journey would be more fun together,” Murray concludes in his blog post.

KitGuru Says: Bashing on No Man’s Sky is seemingly still the ‘in thing’ but it certainly looks like the game has shaped up significantly from where it once was. I’m personally tempted to buy it and hop on into the galaxy. What do you think of Hello Games’ continued effort? Are you excited for true multiplayer?