PlayStation Plus free games for April include Hood: Outlaws & Legends and Slay the Spire

Hood: Outlaws & Legends is an online multiplayer heist game where rival gangs compete against one another to see who steals the most. It features a PvE mode called State Heist, which consists of controlling spawn points to generate gold, and a PvPvE mode named Gold Rush, which pits two teams of four players battling for gold and loot. Moreover, there's a selection of characters to choose from, each with unique abilities and skills to offer different playstyles. 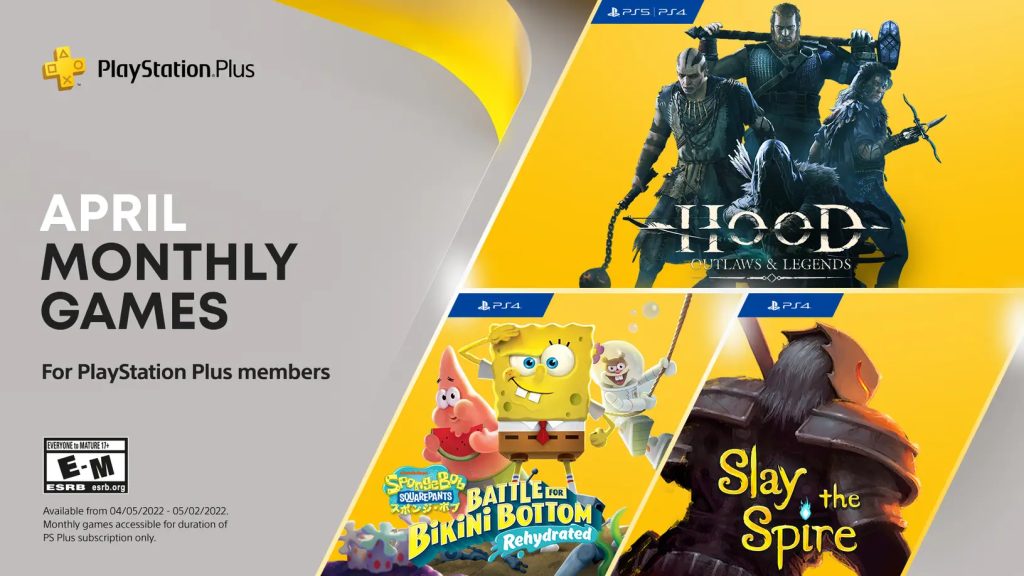 In SpongeBob SquarePants: Battle for Bikini Bottom – Rehydrated you play as SpongeBob, Patrick and Sandy to stop Plankton's plan to rule the city of Bikini Bottom. This title is a single-player platformer, but you can play with up to two players online or locally on horde mode.

The last game is Slay the Spire, a roguelike deckbuilding adventure where players focus on creating the best deck possible out of hundreds of cards. Grab powerful relics to improve your deck and help you against the enemies you'll encounter while trying to reach the top of the tower.

KitGuru says: Are you subscribed to PlayStation Plus? Do you own any of April's free games? Which title will you try first?