In traditional sports, there's an unspoken rule that what goes on in the gym, stays in the gym. The same goes for professional Esports teams, especially when it comes to friendly scrimmages among them. So it's perhaps no surprise that Cloud9 DotA 2 player, Ravi “Ritsu” Kodippili has been kicked out for leaking scrimmage data to other teams.

The idea of a scrimmage is to allow professional teams to test the waters of any strategies they've been working on before big tournaments and Season starts. Consider it like hiring sparring partners, except instead of it being non-competitors you're testing your mettle against, its the very same people you may end up playing once the tournament starts for real.

Although there is nothing strictly illegal about telling others about what happened in the games, there is a rather strict gentleman's code against it. There is also a big difference between discussing the match up, and conspiring to use the information to help other teams beat your recent scrimmage opponents when it comes to the real deal. 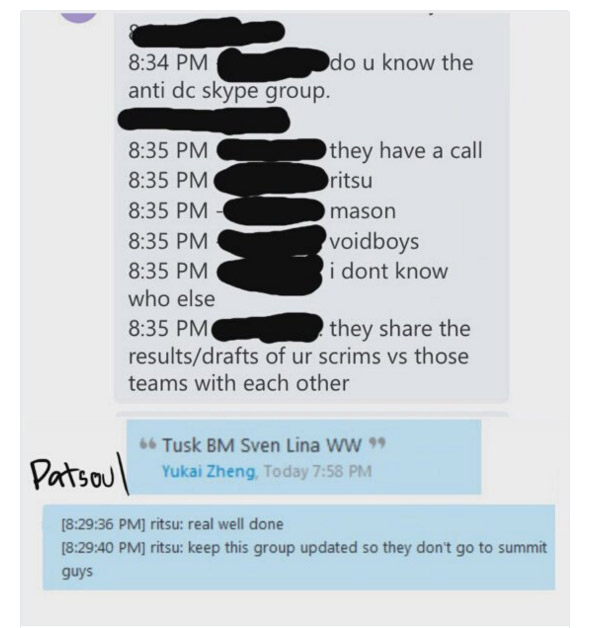 In the case of Ritsu, he was a member of a Skype group which would occasionally post team composition, champion selection choice and other aspects of teams they had played against. In this case, it was North American team Digital Chaos, who like Cloud9, would be hoping to make it to the upcoming tournament The Summit 4. Clearly Ritsu hoped to avoid that outcome, so now he's been kicked off of the team.

Although no mention is made of these actions within the Cloud9 release – something a lot of Esports teams are wont to do – they did state that the “indiscretions of his past,” were to blame (as per Kotaku). The manager of the team, Danan Flander also said in the statement that it was Ritsu's behaviour”out-of-game” that was unbecoming of a professional player.

Ritsu's comment to the public merely stated that while he was sad to go, he understood why Cloud9 had reacted the way it did.

KitGuru Says: This can't be great news for Ritsu's career. Other teams may not want to take him on now, for fear that others won't scrimmage knowing he's on board. Do you guys think this end's his short career as an Esports player?