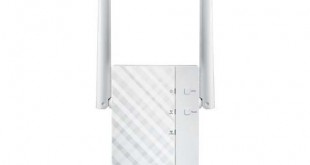 The RP-AC56 is a 2×2 802.11ac wireless extender, designed to compete with and outperform typically affordable offerings. It’s an upgrade from Asus’ older AC750 model, and comes with a nifty music streaming function, for wireless audio playback from a tablet or smartphone.

Although the RP-AC56 is the second wireless extender we’ve looked at from Asus recently, it’s a completely different beast, and a far more straightforward offering than the ultra-powerful and pricey EA-AC87 4×4 wireless bridge (Review HERE) which is really best suited for use with a 4×4 MIMO router such as the Asus RT-AC87U.

Instead, the RP-AC56 competes with traditional wireless range extenders. Pretty much every networking company sells them, from BT to Netgear and D-Link, so Asus has some tough competition on its hands. 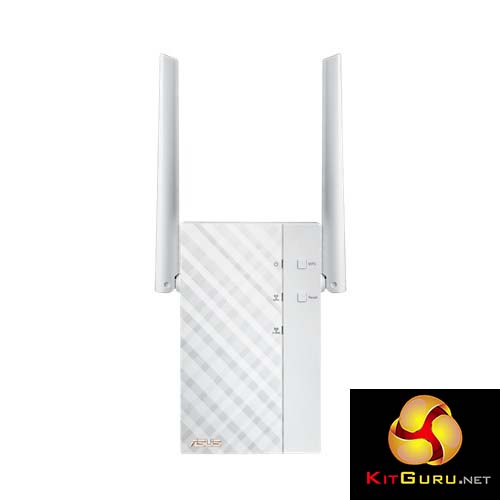 To meet this challenge, Asus has kitted out the RP-AC56 with a particularly useful feature: 2×2 MIMO 802.11ac, with a pair of external antennas on the outside of the unit, for speeds up to 866Mbit/sec. Although that’s not the fastest AC standard out there, it is still one heck of an improvement over 802.11n and certainly indicates much better performance than you’ll get from an 802.11n-only model.

802.11ac in a router usually makes a big difference to wireless performance, with better speeds at both short and long range, so this could be a big upgrade.

And importantly, the AC56 is a dual-band device, so it can extend both 2.4GHz and 5GHz 802.11n networks as well. Although it only goes up to 300 Mbps over 802.11n, it ensures backwards compatibility with older routers and devices.