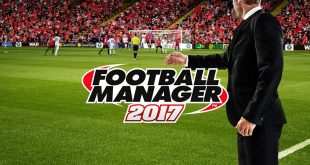 Football Manager 2017 might be a well selling title, but it’s taken a bit of a thrashing in reviews on various platforms. Most gamers have complained about the social feed, glitchy AI and problematic crashes, but some have been annoyed by another random feature: Brexit. The game randomly introduces the UK leaving the EU after a couple of seasons and some people really don’t like it.

Although nobody knows for sure what will happen if and when the UK does leave the EU in the real world, the developer of Football Manager 2017, Sports Interactive, decided to model its potential effects in game. This leads to problems for British teams trying to hire on EU players, as they need work visas which aren’t a guarantee.

Kotaku has acquired some of the best examples of these complaints, paying particular attention to those who feel that this feature was designed as an unrealistic punishment for players who voted ‘leave’ in the real world.

However you feel about that aspect of the game and the people complaining about it, some people have been turned off playing entirely because of it, which seems a shame. That said, as many people have said in the reviews of the game, it’s supposed to be a simulation. While a ‘feature’ like Brexit might seem rather dry for inclusion in something that’s supposed to be fun, if you’re playing a game that includes aspects of international travel law for players, factoring in a British leaving of the EU does make sense.

KitGuru Says: It’s been well over a decade since I played a football manager game of any type (Ultimate Soccer Manager ’97 was my jam), but have any of you run into problems with Brexit in your latest attempt to take Forest Green to the Premiership?