Good at Donkey Kong? Prove it and win cash

Since King of Kong was released back in 2007 to critical acclaim, retro gaming has seen a bump to its resurgence, but none of those 30+ year old games more than Donkey Kong. While Billy Mitchell and Steve Wiebe may have gone head to head virtually alone (save for Tim Sczerby), today the competition is far stiffer. If you want to even break into the top ten, you’ll need well over a million poins and over 1,100,000 to get into the top five. But if you think you have what it takes to hang with the best of the best, this weekend is the one to prove it, as you can win cash prizes.

The competition is being hosted by the Donkey Kong Forum, the currently semi-official home of Donkey Kong scoring after the unceremonious closure of Twin Galaxies late last year, with this weekend coming being dedicated to Donkey Kong streaming action. Starting 21st February at 9PM pacific time and running until the same time on the 23rd, participants will be required to stream their Donkey Kong playing via Justin.tv or Twitch.tv. If you don’t stream, you can’t compete and you can’t win prizes.

Don’t forget to register too. 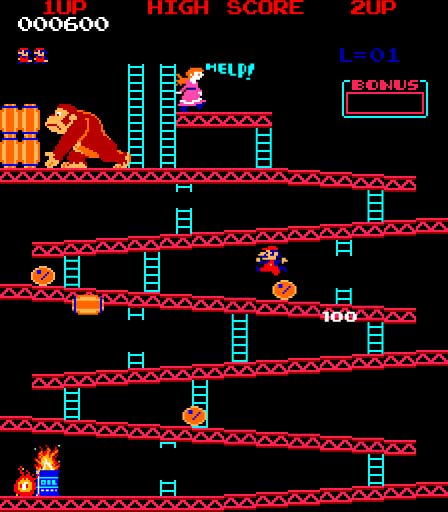 Seriously. If your stream doesn’t look like this throughout your entire run, you’re out.

However if you get all that set up, you’ll be in with a chance of winning a few bucks for your trouble. While there are prizes for top scores, there’s also bounties available for specific goals reached.

While you might think the second bounty would be hard to verify, I think it’s safe to say that if anyone gets a million points in DK, they’re telling everyone.

If you want to read the full rules, you can do so here, or head here to register.

KitGuru Says: My top score ever in DK was 77,000, which isn’t bad, but it’s hardly impressive. I’m certainly no Eminem.

Previous Has bitcoin found its cruising speed?
Next Help charity with your gaming this weekend coming