This weekend is a lot of things for a lot of people. For some, it means dressing up and going out collecting chocolate with their children, for others it’s about getting wasted and trying not to drown while bobbing for apples, but for the rest of us, it’s about gaming. And this weekend is a great one for that last group, as not only do you have the Steam Halloween sale to give you all the frights you could want, but Turtle Rock has launched the Evolve Big Alpha, giving everyone with a code a chance to hunt and be hunted all weekend long.

Xbox One gamers got a head start on the rest of us yesterday, but as of 4PM today PC and PS4 players will be able to enter the jungle and step into the shoes of one of the eight revealed hunters, or one of the two monsters: Goliath or the Kraken. Among those that take on either role this weekend, will be several members of the KitGuru staff, as we’re itching to play Evolve as much as you are. 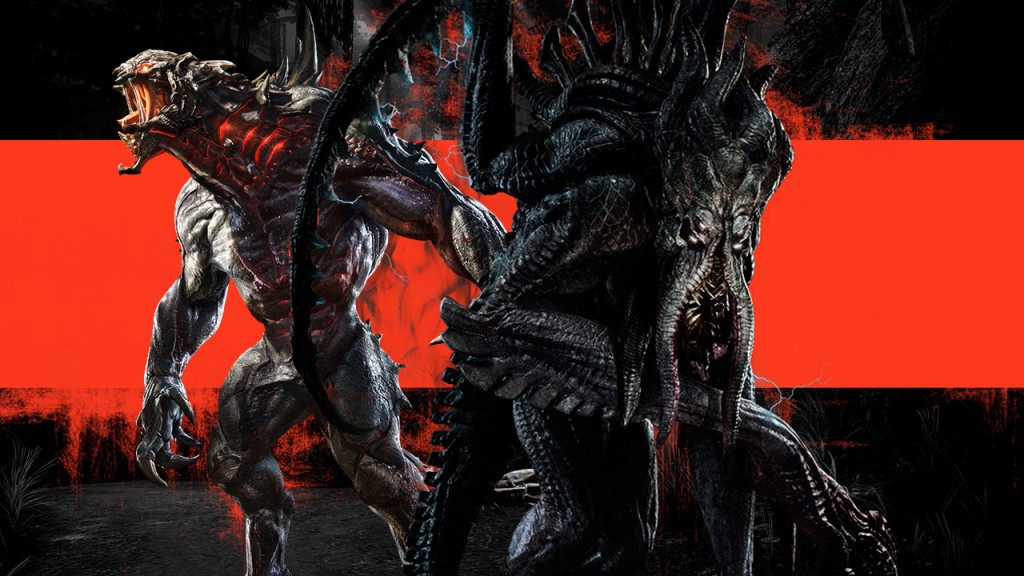 So while you’re matchmaking, look out for myself (Steam name: Whoopty) and Matt (Flare101) as we’ll be stomping around the jungle together and apart. In-fact the first person to send a screenshot my way ([email protected]) as proof that you killed one or both of us, will get a free pre-order of the game. How does that sound?

Of course your chances of taking down us, or anyone else in-fact, are much higher if you work together, so why not stop by the KitGuru Steam Group and swap your Steam IDs?

KitGuru Says: Good luck hunters and huntees. We’ll see you in the Alpha.