Home / Software & Gaming / Next MARS spacecraft to arrive this weekend

Next MARS spacecraft to arrive this weekend

Hey Mars, guess who’s coming to dinner? No not one of those rude rover types that trundles all over your beautiful face. It’s MAVEN? She just wants to hang out in orbit and analyse your atmosphere, you’re cool with that right? Great, she should be arriving on the 21st September, this Sunday.

Yes MAVEN, or rather, the Mars Atmosphere and Volatile Evolution satellite, is set to arrive at the red planet in short order, with plans to decelerate it into orbit in order to then study the upper atmosphere of Mars without descending into it. It’s been travelling for the last 10 months through the icy blackness of space, covering over 442 million miles in the process, so when director of planetary science at NASA, Jim Green says on Wednesday that this “is a critical event,” you can understand why.

NASA is hoping that when MAVEN is captured and they start running tests on the atmosphere, that they’ll be able to figure out what happened to MARS’ atmosphere in the past, which is thought to have contained water, to transform it into the barren wasteland we know today. When it arrives, it will become the third spacecraft orbiting MARS, along with the two NASA rovers still functioning on the surface. 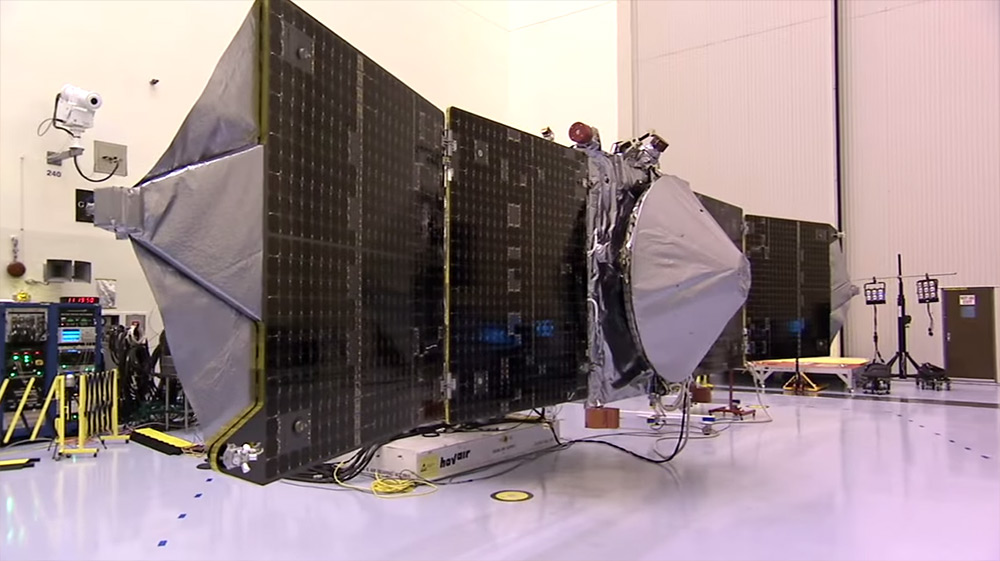 MAVEN can detect things like atmospheric pressure, as well as measuring the planet’s magnetic field

As a bonus, MAVEN should be in position for the passing of Comet Siding Spring on the 19th October. The satellite should be able to observe the comet at a safe distance, which even at 82,000 miles, should give the scientists some interesting data.

If you’d like too tune in and watch MAVEN become captured by Mars’ gravity and slow itself down enough to orbit, NASA will be broadcasting the event live between 9:30PM and 10:45PM on Sunday.

Kitguru Says: Funnily enough, I’m about to send my first manned mission to Duna in KSP. I know you’ll all be wishing me as much luck as I embark on a time warp aided trip through the cosmos this weekend.