Amazon have denyed removing am e-book detailing Wikileaks conspiracies saying that the author himself removed it from sale.

An Amazon spokesperson said “We did not remove the title, and are verifying that it was removed from sale by the author.” Amazon were also fortunate to escape a denial of service attack from ‘Operation Payback’ after the group were not able to gain enough support for the objective and then switched their focus to PayPal, who also pulled their support for Wikileaks donations. Operation Payback announced earlier via their Twitter Feed “TARGET: WWW.AMAZON.COM.”

The e-book entitled “Wikileaks documents expose US foreign policy conspiracies’ was removed from download on Amazon’s UK web site. Many people had commented on the fact that Amazon were continuing to host the book, but refused to allow Wikileaks servers to remain active.

Amazon have been clear to point out that the ebook was not pulled by themselves, as it didn’t contain any of the cables published by Wikileaks. “This book contains commentary and analysis regarding recent WikiLeaks disclosures, not the original material disclosed via the WikiLeaks website”, they said on the product detail page.

This is not the first time Amazon have been subject to public discussion after they allowed the sale of a book discussing pedophila, which was later removed.

KitGuru says: Amazon are the center point for many unhappy groups right now. 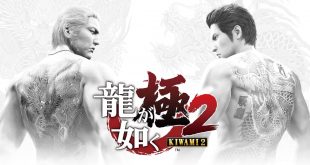