KitGuru reported on the Nintendo 3DS last month when they issued a warning saying that the 3DS wasn’t suitable for very young children in 3D mode. President Satoru Iwata has said that the 3DS isn’t dangerous.

“We are being proactive about informing our customer, even though it may not necessarily be positive for our sales,” said Satoru Iwata, Nintendo’s president, in an interview.

Mr Iwata also said that that the warning issued for children under 6 years old was meant to be a precautionary measure to inform customers. When asked, he said that part of the reason for issuing this warning was to deal with possible litigation, but that it wasn’t the main reason. He said the Nintendo alert was based around similar warnings issued on 3D televisions and other 3D products from other manufacturers.

Nintendo said on their website last month that looking at 3D images for long periods of time could have a negative effect on eyesight development. This warning caused a huge talking point online, with many journalists worried about the technology.

The 3Ds goes on sale in Japan on February 26th and then in the US and Europe in March. The price is going to be set around $300 and the plan is to ship 4 million 3DS units world wide by the end of March, 1.5 million of which will be sold in Japan.

There is much excitement surrounding the 3DS as it is capable of delivering 3D images without the need for special glasses.

Previous Is the iPad 2 due at end of January?
Next Arctic Cooling NC Notebook Cooler Review 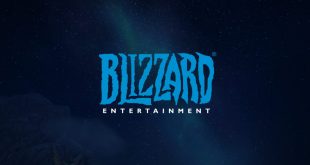 Activision is making a surprising change this week. Vicarious Visions, the studio behind the Crash …