Back 4 Blood’s first expansion is coming in April

Turtle Rock has always had post-launch expansions and DLCs planned for Back 4 Blood, although it has taken a while longer than expected. Today, the studio announced that the game's first expansion, Tunnels of Terror, will be arriving in April.

At launch, Back 4 Blood packed one single, but lengthy campaign, as well as a multiplayer horde mode. In the months since release, the game has received bug fixes, quality of life updates and balance changes, but the first major DLC has yet to land. That will be changing on the 12th of April, when the Tunnels of Terror expansion drops. 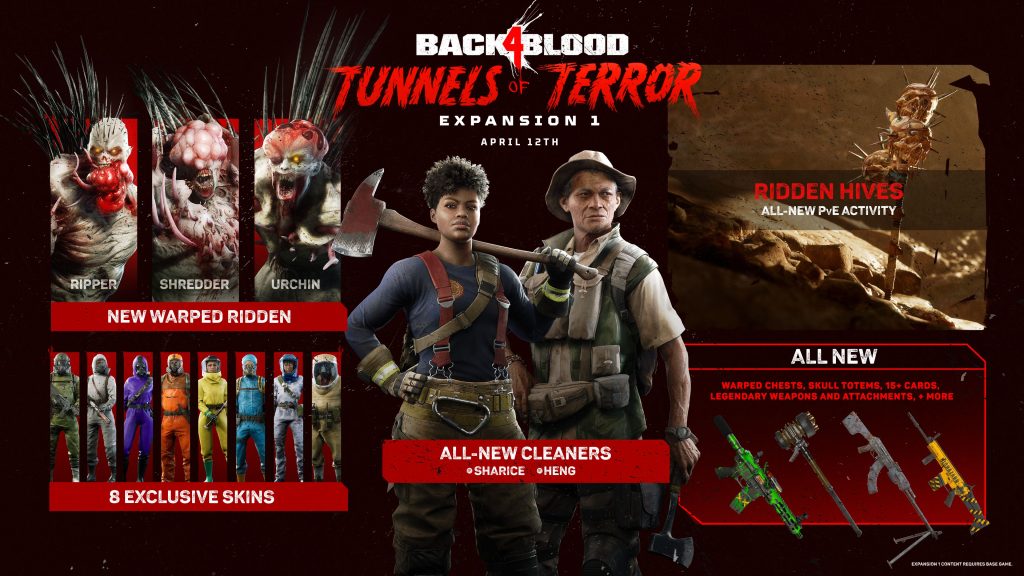 While it has taken six months to get to the first major expansion, Turtle Rock will be looking to have a quicker turnaround on the next two planned expansions for the Back 4 Blood annual pass. The next two expansions have not yet been named, but the studio has previously stated that both are planned for 2022.

KitGuru Says: Have many of you played Back 4 Blood since launch? Will you be jumping back in for the first expansion?