Baldur’s Gate 3 gets another near 2 hour gameplay demo

Today as part of the IGN Summer of Gaming event, Larian Studios took the virtual stage to show off a massive live gameplay demo for Baldur’s Gate 3. This is the second time that gameplay has been shown, giving us an even deeper dive into the features of this much anticipated RPG.

The full gameplay live demo is over an hour and a half long, so there is plenty to see. You can view the whole video below, courtesy of IGN’s YouTube channel:

In a trailer released a few days ago, we learned that Baldur’s Gate 3 is targeting an August launch date for Early Access, which will contain the first part of the story and a bunch of gameplay features. From there, Larian Studios will continue to work on the game until it is ready to leave Early Access.

KitGuru Says: Baldur’s Gate 3 is shaping up nicely by the looks of things. Are many of you planning on picking this one up? 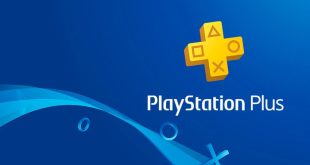 November is almost upon us, which means we are due a new round of free …