While excitement for Call of Duty: Infinite Warfare has taken a hit this year, things seem to be at an all-time high for Battlefield 1 right now, which will see DICE turn back the clock to an alternate history version of World War I. If you have been waiting to give the game a go for yourself before its release this October, then you will get your chance this month, as an open beta is on the way.

Battlefield 1 will be getting an open beta on the 31st of August. However, Battlefield Insider members will get early access to it, as long as you sign up before the 21st of August. 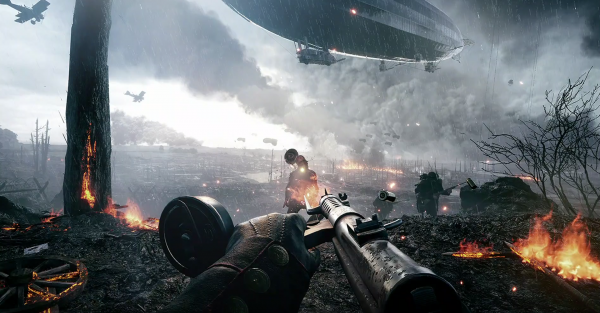 The open beta will include the Sinai Desert map as well as the Conquest and Rush game modes. Conquest is the massive 64-player mode that Battlefield is known for, while Rush is a scaled down, 24-player mode in which a team defends outposts from invading forces.

Aside from the open beta announcement, EA has also released a new trailer for the game just in time for Gamescom, which kicks off in Germany tomorrow. Battlefield 1 will get its final release on the 21st of October.

KitGuru Says: Battlefield 4 had a ‘beta’ two weeks before launch, leaving DICE with no time to fix any issues. This time around, we are getting a beta a couple of months beforehand, so hopefully that translates into a smoother launch. Are any of you planning to jump into the Battlefield 1 beta at the end of this month?