BioWare announced ‘the next Mass Effect’ with new teaser trailer

BioWare confirmed that it was working on the next chapter of Mass Effect a while ago and while we have seen some concept art since then, most details are still under wraps. That started to change last night, with a new teaser trailer for the next Mass Effect game being released.

Last night at The Game Awards, not only did BioWare show off Dragon Age 4, but the studio also gave us a sneaky look at the next Mass Effect. You can see the teaser trailer below:

For now, BioWare is just calling this ‘the next Mass Effect’, or ‘the next chapter of the Mass Effect universe’. Judging by the teaser though, we will be returning to the Milky Way and we do appear to see Liara T’Soni, indicating that characters from the original trilogy will be making a return.

Whether or not Sheppard comes back remains to be seen. This new Mass Effect game is still “in the early stages”, being worked on by a veteran team at BioWare. With that in mind, it is probably still a good few years away from release.

KitGuru Says: From the looks of it, we’ll be moving away from the story set up in Andromeda and heading back to Mass Effect’s roots. Still, there is still a long development road ahead. Are many of you looking forward to the next Mass Effect? What did you think of the teaser trailer? 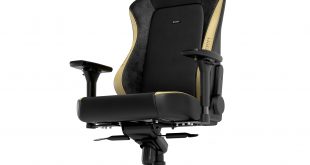 Back in early 2020, noblechairs officially partnered up with Bethesda to produce officially licensed gaming …