It looks like Blizzard has found another use for WoW tokens as now not only can you use the currency to buy a month of subscription time for World of Warcraft, but you can also transfer a token into Battle.net credit. Transferring your WoW token into Battle.net credit will give it more real world value and allow you to put that extra cash towards other Blizzard games or digital items.

For example, if you don’t want to use your last WoW token for another 30 days of game time, you can trade it in for $15 of Battle.net credit, which you can then use to pay partially towards another game, or you could buy a bunch loot boxes in Overwatch. If you were to buy a WoW token with real world cash, then it would actually cost you $20 from Blizzard directly so do keep in mind that you won’t be getting the token’s full value back if you decide to transfer it into credit later. 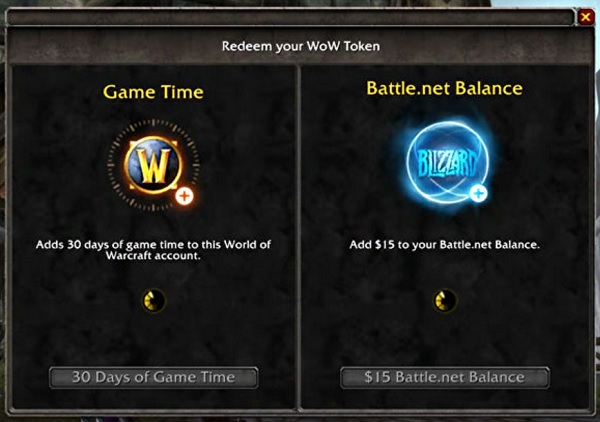 However, given that you can buy WoW tokens for in-game gold in World of Warcraft, you could essentially be getting some free cash by redeeming for Battle.net balance. That said, this news from Blizzard has caused the gold price of WoW tokens to rise quite sharply overnight, with EU tokens going up from 110,000 gold to 160,000. Over on US servers, the average selling price has gone from around 60,000 gold to 90,000.

KitGuru Says: In the end, this move ends up being great for Blizzard. If World of Warcraft players suddenly decide they don’t want to keep playing, they can trade in their tokens in order to spend more money on other Blizzard IP.