World of Warcraft is a huge game and one that is certainly difficult to truly get into as a solo player, which is why some guild leaders have managed to make some real-world money selling things like raid or dungeon runs. This practise has been going on for a while but it looks like Blizzard is now officially taking its stance against it with a ban wave, which is intended to be a warning to others selling in-game services for real money.

Posting over on the WoW forums this week, Bret Forbus, a Blizzard community manager said: “We’ve recently taken action against a number of accounts that were actively participating in and/or advertising the sale of in-game raid or dungeon clears in exchange for real-world currency. Such behavior is a clear violation of the World of Warcraft Terms of Use.” 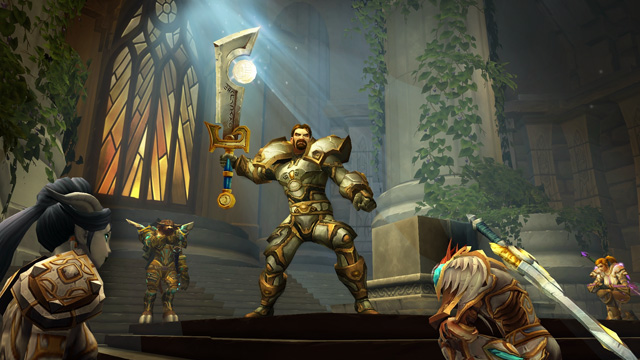 “Of the players affected, many were members of top raiding guilds. We want to be clear that everyone we’ve taken action against had illustrated full knowledge and intent to violate the Terms of Use. Going forward, in order to ensure fair play and competitive integrity, we’ll be monitoring these activities much more closely in order to make sure that the rules are being followed. This includes selling services for real money, account-sharing, and other violations.”

For now, only a handful of players have been punished for selling in-game services and violating Blizzard's terms of service. The reason for this is that Blizzard wanted to send some sort of warning before really starting to bring the hammer down. At this point though, Blizzard will be monitoring the situation much more closely.

KitGuru Says: I understand why a solo player might want to pay to have someone else take them through a raid or a dungeon but it clearly undermines the game itself and has wider implications for an MMO title. It seems Blizzard won't be ignoring this any longer.