If you were hoping to skip this year’s Call of Duty entirely and just pick up the new Modern Warfare remaster instead, then you might be out of luck as Activision has announced that the Call of Duty 4 remaster will only be available as part of the legacy bundle for Call of Duty: Infinite Warfare.

There will be a Digital Deluxe, Legacy and Legacy Pro edition of Infinite Warfare, all of which will come with the Modern Warfare remaster. However, the game will apparently not be sold separately according to an FAQ on Activision’s website. 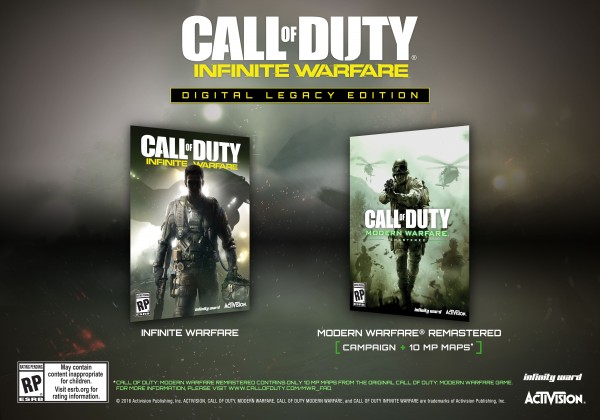 The Legacy edition of Call of Duty: Infinite Warfare, which comes bundled with COD 4 remastered, will set you back by £79.99 here in the UK, while the Legacy Pro edition costs £109.99.

The Call of Duty 4: Modern Warfare remaster is currently being developed by Raven Studios and is executive produced by Infinity Ward. The game will include the full campaign and ten multiplayer maps, with availability limited to the Xbox One, PS4 and PC.

KitGuru Says: Call of Duty has been seeing a bit of decline in the last few years so it isn’t too surprising to see Activision try something like this to help bump up the numbers and perhaps win back some older fans of the series.

You can finally send PS5 screenshots and clips to your phone

While Sony has had a share/create button on PlayStation ever since 2013, the console manufacturer …