Cyberpunk 2077 gets an exclusive digital comic on GOG

Cyberpunk 2077 is just one month away and if you haven't put your pre-order in already, then you may want to take a look at the DRM-free version on GOG, which comes with an extra digital bonus comic.

Yesterday, CD Projekt Red and GOG announced that everyone who buys Cyberpunk 2077 on GOG will get an exclusive digital comic titled Cyberpunk 2077: Big City Dreams, delivering 50 pages of lore. 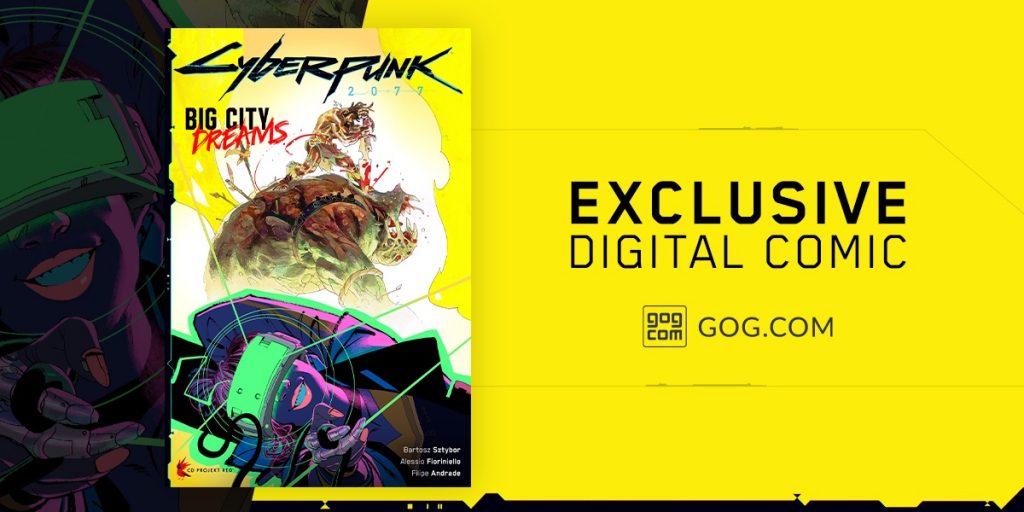 Eventually, the two come to a standoff of sorts, with Mirek wanting a chance at a normal, happy life, while Tasha's goal is to become a famous gangster. The comic is handled by several comic industry veterans, including folks who have previously worked at Dark Horse, Marvel and more.

KitGuru Says: This seems like a nice little bonus for those who really want to dive deep into the lore of Cyberpunk 2077. What platform are you planning to pick the game up on? GOG, Steam, Epic Games Store or console?