Dishonored 2 gets PC beta patch, ‘begins the process’ of fixing

Dishonored 2 has unfortunately launched with a range of issues affecting many but not all PC users. The worst issues appear to be random crashes and a frame rate that fluctuates widely, as we found in our own analysis of the game. Since then, Arkane Studios has been working on a patch and while we don’t have the final version yet, you can get your hands on a beta version through Steam if you want to start playing.

The Dishonored 2 beta patch can be accessed through Steam, simply right-click on the game in Steam, go to properties, go to the beta tab and opt-in. If you are a Nvidia user, you will want to grab the latest hotfix driver (375.95), which you can find, HERE. There is no specific driver update yet for AMD users. However, if you are a CrossFire user, you are advised to revert back to the 16.10.2 driver. 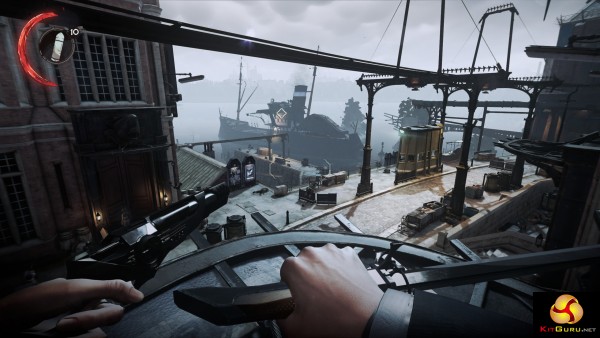 This patch is just the first step in fixing the game, so don’t expect all of the problems to disappear. This patch specifically addresses three things:

I have tried this patch briefly and can confirm that mouse movement has improved a lot. However, fixing CPU task priority doesn’t appear to have fixed frame rate fluctuation for my GTX 1080 system, though you may have a different experience on your system. Arkane Studios are being realistic about this patch and have specifically said that this patch is intended to “begin the process”. Patch 1.2 will address a ‘broader range of issues’, which will hopefully include stabilising the frame rate a bit.

KitGuru Says: One has to assume that Bethesda is the reason behind Dishonored 2 switching to ID Tech 5, which is a poor decision, after all, this engine has had repeated issues on PC hardware over the last six years. Moving all engine duties in-house should have been saved for ID Tech 6 in my opinion, as this engine is much improved, as we observed with DOOM earlier this year. Have any of you guys tried the new Dishonored 2 patch? Has it helped you at all?