This year saw the unexpected closure of Lionhead Studios along with the cancellation of Fable Legends. However, it turns out that some of the folks at Lionhead were also working on something called Fable Fortune, a card game that the team wasn't ready to give up on yet. Those working on the project went on to form Flaming Fowl Studios and Microsoft granted them the Fable license for this game. While initially the game had a Kickstarter campaign going, that has now been cancelled as private funding has been secured.

Fable Fortune needed around £250,000 to get the project finished but this week, Flaming Fowl Studios announced on its crowd-funding page that community help would no longer be necessary as someone out there has agreed to foot the bill. 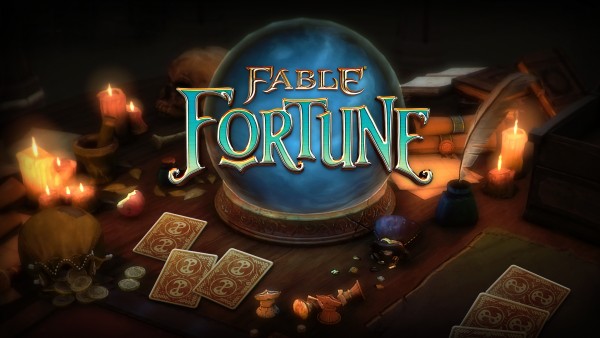 “Firstly, we would like to thank everyone that has supported our Kickstarter. We’ve been overwhelmed and a little humbled by the support from our community and we’re incredibly excited to be continuing development alongside you all.”

“Thanks to your enthusiasm and support, we are happy to announce that we’ve successfully secured additional development funding! This, alongside our ongoing personal investment, will mean that we can continue to improve the game and allow even more of you to start playing. With the immediate future of Fable Fortune now secure, we have taken the decision to end our Kickstarter campaign early to focus on releasing a Closed Beta build as quickly as possible.”

Those who already backed the project and gained closed alpha access can continue to play the game. All of those players will eventually be migrated over to the beta once it is ready. Unfortunately, Flaming Fowl did not disclose who agreed to help privately fund the project but maybe we will find out once it is finished.

KitGuru Says: It is good to see that those who were working on this project prior to Lionhead's closure have managed to keep it alive. It would be intriguing to find out who is now funding the project though, they must have paid quite a bit towards the costs for the crowd-funding to be called off entirely.