Final Fantasy XV is releasing in just over a week but if you are trying to avoid spoilers, you may want to be extra careful over the next few days as some retailers have broken the game's street date and those who have managed to get the game early are posting spoilers online. The Final Fantasy XV dev team is already aware of the situation, with director Hajime Tabata sending out a notice to fans.

Final Fantasy XV early copies were obtained in Peru, well ahead of the scheduled launch, which was meant to take place worldwide on the 29th of November. Since then, a number of early streams of the game have taken place and there are lots of spoilers for early parts of the game floating around the web. 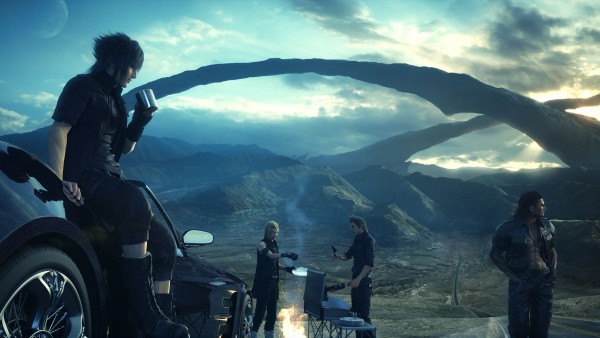 Commenting on the situation, Final Fantasy XV director, Hajime Tabata explained that the team is “regretful” of the situation even if it could not be completely avoided: “Unfortunately, there has been an unauthorised distribution of the boxed edition of Final Fantasy 15 in select regions and we have noticed that gameplay footage from people playing these copies has appeared online. Though this type of situation is brought on by various region-specific circumstances and may not be something that is completely avoidable, we are very regretful of this situation.”

He then goes on to explain that it was a major goal for the team to give Final Fantasy XV a simultaneous worldwide release date: “One of the major goals of Final Fantasy 15 is for everyone to enjoy the story and to discover the surprises together through the simultaneous worldwide release. Due to these recent events, videos with unexpected spoilers could potentially be posted online, so we would like to warn everyone who has been waiting in anticipation for this game.”

Square Enix will likely be working overtime to seek out early videos and such in an effort to get them taken down, so if you happen to get hold of Final Fantasy a little early, you may want to steer clear of posting footage to YouTube or Twitch. Final Fantasy XV is still releasing Tuesday the 29th of November on Xbox One and PlayStation 4. PS4 Pro owners will get a patch in December to unlock the game's frame rate and allow it to run at 60 frames per second.

KitGuru Says: There is a lot of excitement surrounding Final Fantasy XV. However, from the sounds of it, Square Enix is going to be clamping down on any unauthorised early footage, so spoilers may end up being taken down pretty fast. Hopefully, those waiting for release don't get their experience ruined in any way because of this. Are any of you picking up Final Fantasy XV next week? I'm grabbing the PS4 version myself, though I do hope that a PC version arrives at some point.