For Honor is getting an open ‘beta’ days before release

Update: For Honor’s closed beta wrapped up over the weekend but it looks like we will get a second chance to try out the game prior to its launch on the 14th of February. Today it was announced that For Honor would be getting one more multiplayer test before release but this time, it will be open to everyone and won’t require sign-ups or invites.

The For Honor open beta can’t really be considered a true beta given that it takes place just days before the final launch. However, this will give the developers a chance to give the servers one last stress test. The open beta takes place from February 9th until the 12th. The final game will then release on the 14th. You will be able to play on Xbox One, PS4 and PC. 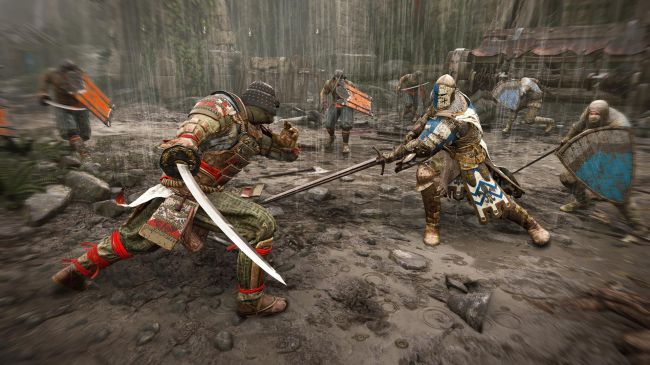 Speaking of For Honor, if you happen to be in the market for a GTX 1080 or a GTX 1070, then you can get a free copy of the game. You can find out more details on that, HERE.

Original Story: For Honor’s official launch is just around the corner, with the game’s current release date set for the 14th of February. At this point, the game has been shown off plenty of times at trade shows and gone through plenty of alpha tests but now, Ubisoft is looking to ramp things up with a brand new trailer and a closed beta test coming at the end of the month.

The closed beta was announced as part of a new cinematic trailer for the game, setting the mood for the upcoming ‘War of the Factions’, which will be a key component of For Honor’s multiplayer going forward.

The closed beta will begin on the 26th of January and end on the 29th. This beta test will include ‘The War of the Factions’, which is a multiplatform leaderboard of sorts. Players will pledge their allegiance to the Vikings, Samurai or Knights and at the end of the closed beta, those who belong to the winning faction will earn bonuses.

You can sign up for closed beta access, HERE. Those who take part will receive an in-game item, the ‘Emblem of Old’, which can be applied to weapons or armour in the final game to help distinguish yourself. All other rewards earned during the beta will be carried over to the final game.

KitGuru Says: There has been quite a bit of excitement around For Honor since its initial unveiling but I can’t help but get nervous about a game when the closed beta takes place so close to the final release. Hopefully no huge issues present themselves as there is only so much a development team can do in two weeks. Are any of you looking forward to For Honor? Will you be taking part in the beta test?