If you've never had the chance to play Metro: Last Light Redux, then now is the perfect time as GOG is giving away DRM-free copies of the game over the next 48 hours.

Metro: Last Light Redux is a remastered version of the shooter with enhanced graphics and gameplay mechanics, including reworked stealth. It is a direct sequel to Metro 2033, but the game can be enjoyed standalone. If you want a free copy of the game, all you need to do is head over to the GOG giveaway page, log in with your account and claim it. 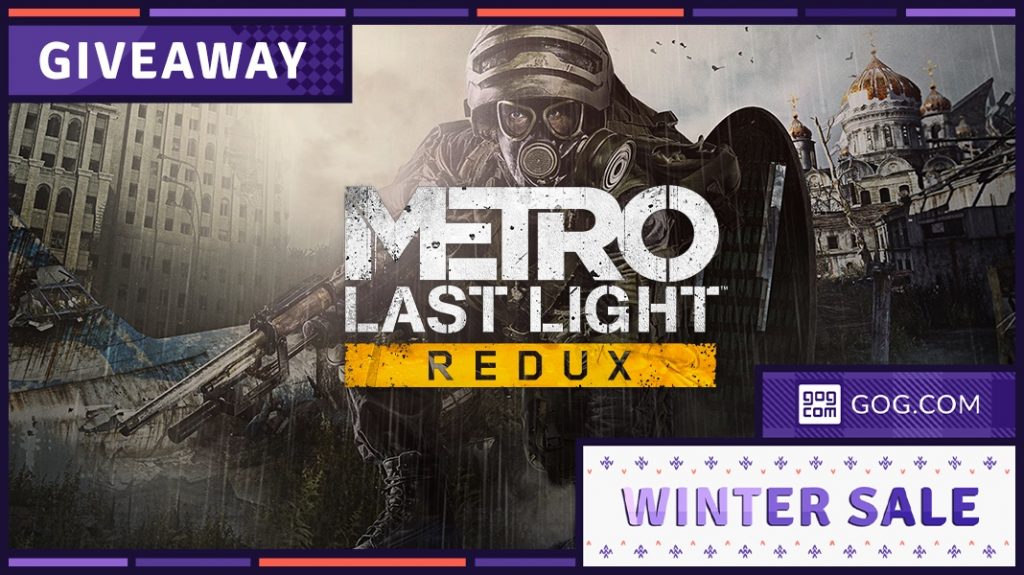 This is part of the finale for the GOG Winter Sale, which has just a few days left. Some of the bigger deals available as part of the sale include:

Of course, there are other bundles too, including The Witcher Universe Collection, which is 75% off. You can find all of GOG's current deals HERE.

KitGuru Says: Have many of you been shopping around on GOG during the winter sales? Are you going to claim a free copy of Metro: Last Light Redux while you can?