Halo Infinite multiplayer aims for 120fps on Series X, may be free to play

There has been plenty of discussion around Halo Infinite this week, ranging from official news to fan reactions and even leaks from insiders. The latest leak comes from a Microsoft partner retailer, giving us some early details on Halo Infinite multiplayer.

Smyths Toys, one of the stores that helps offer Xbox All Access here in the UK, recently updated its Xbox Series X page with details on Halo Infinite, saying: “The legendary Halo series returns with the most expansive Master Chief campaign yet and a groundbreaking free-to-play multiplayer experience. Enjoy up to 120 FPS and greatly reduced load times creating seamless gameplay with Xbox Series X.” 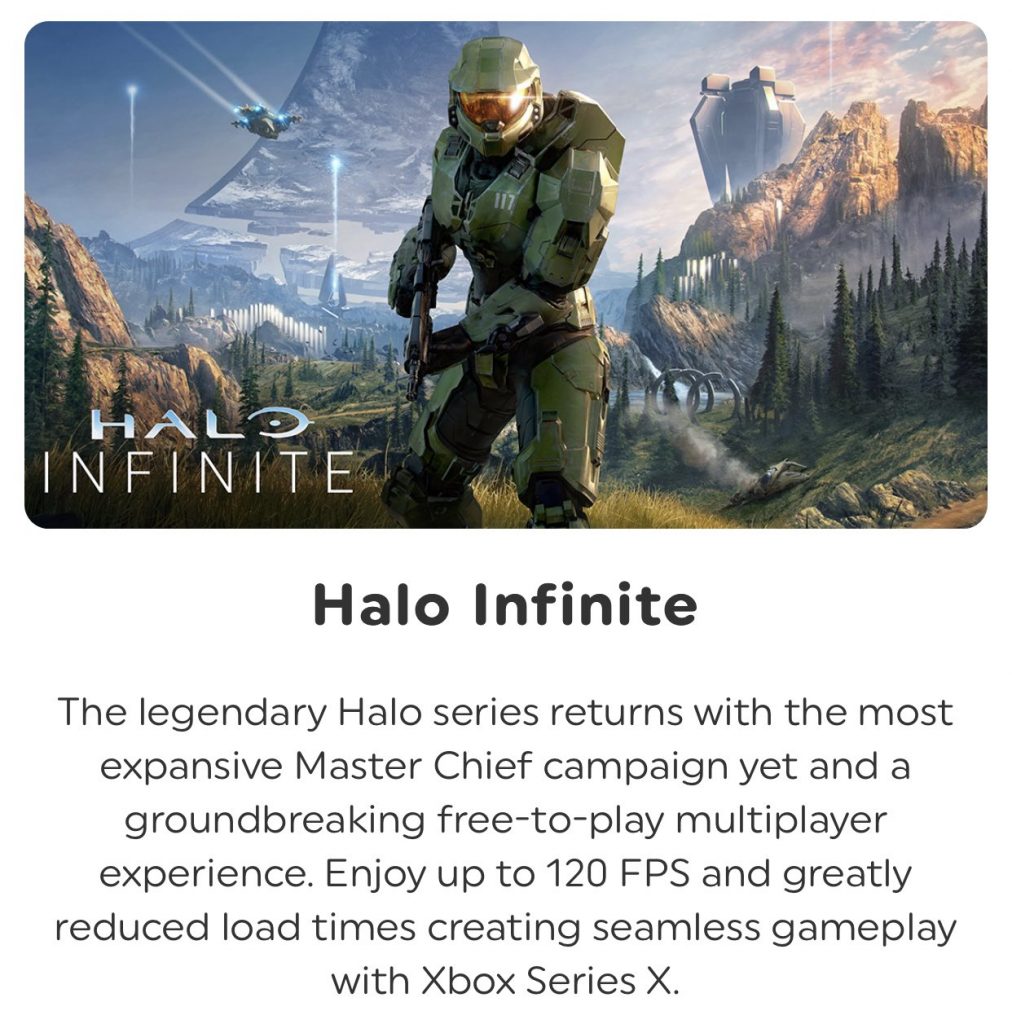 The details were quickly removed but not before eagle-eyed fans noticed. Beyond that, Klobrille, a well-known Xbox insider in the community, posted some more details. They confirm that multiplayer will be free-to-play, with Arena mode aiming for 120 frames per second on Xbox Series X.

Like most on-going multiplayer games these days, there will be a seasonal battle pass system and there will be an extensive customisation system, which should please fans of Halo Reach in particular. While Halo Infinite multiplayer being free-to-play is surprising, it does fit with Microsoft's recent comments that this is the start of the next ‘ten years of Halo'. We'll likely continue to get expansions for the campaign, while the multiplayer remains evergreen with no paywall.

KitGuru Says: Microsoft has yet to confirm any of these details, so we'll have to wait and see. For now though, it all seems quite plausible. What do you think of the idea of free-to-play Halo multiplayer?