Infinite Crisis will be coming to Steam this month

Update: Infinite Crisis has officially exited open beta and launched on Steam. The DC themed MOBA is now available to download and install via the Steam store, HERE. It is a free to play game, using the character rotation model, meaning that you can outright buy a particular character, or you can pick from a selection of free characters, which will change each weak.

DC Comics themed MOBA title, Infinite Crisis, will be launching on Steam this month on the 26th of March, Warner Bros Studios has officially announced. The game has been sitting in open beta for around a year now but was not previously available on the most popular PC platform.

The Steam release date marks the official launch for the game, which will now exit beta: “We have designed, updated, and tuned almost every facet of the game based on player feedback and we are now ready to officially launch the game on 26th March,” executive producer Jeffrey Steefel said. 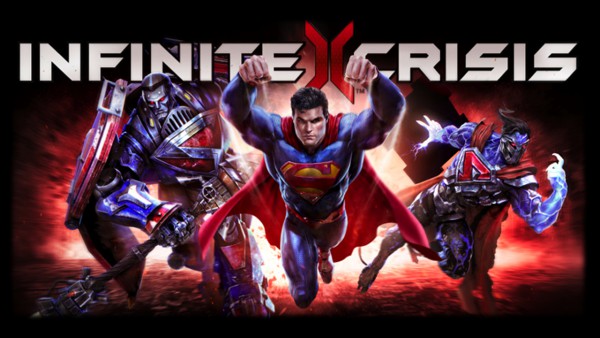 Infinite Crisis includes characters taken from the DC universe, including Batman, Superman, Green Lantern, The Joker, Harley Quinn, Doomsday and many others, including alternate takes on almost every character.

The game operates on the Free to Play model, allowing you to play certain characters each week and giving you the option to buy your favorites for infinite access to them while playing.

KitGuru Says: Infinite Crisis is actually a pretty fun game, although it doesn’t do much differently to games like Heroes of the Storm, League of Legends or Dota 2. Many will likely play the game due to the character roster. Have any of you guys played this DC MOBA? What do you think of it?

Previous Samsung to make an iris-scanner for tablets
Next Seagate: 5.25-inch hard disk drives could return to datacentres