It looks like Microsoft might be planning on launching a new promotion, it will reportedly be called “Free Play Day with Gold” and will give Xbox Live Gold subscribers 24 hours of access to selected titles. This yet to be officially announced feature should beef up the perceived value of an Xbox Live Gold subscription, adding to the two free games a month and access to multiplayer servers.

Max: The Curse of Brotherhood was spotted on the Xbox Live dashboard as being offered under the “Free Play Day with Gold” promotion, images quickly made their way on to Reddit but now Microsoft is actually backtracking a little bit. While the leak confirms that this was a feature Microsoft was thinking about bringing out, it wasn’t meant to be seen just yet. 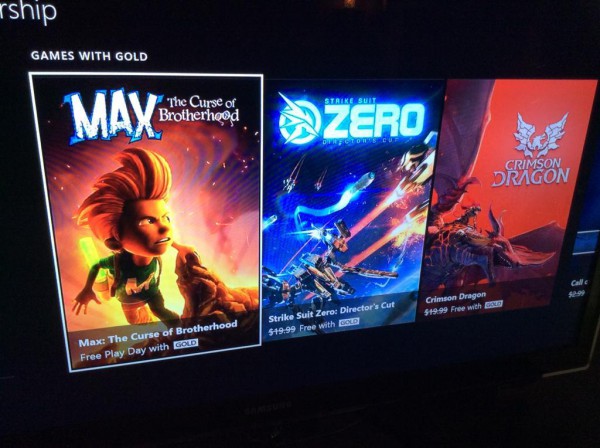 Speaking with Gamespot, a Microsoft representative said: “A promotional tile for Max: Curse of the Brotherhood was posted briefly on the US dash in error yesterday. We apologize for any inconvenience. We’re constantly exploring different ways to offer more benefits to our Xbox Live Gold members and will keep them updated when special offers become available.”

Microsoft has been making an effort to bring significant feature updates to its Xbox One console nearly every month since launch, it’s probable that this was something being tested in-house for a proper reveal later this year. However, now it’s unclear as to whether Microsoft will scrap the feature entirely or continue working on it. We also don’t know all the details as there were no leaked terms, conditions or restrictions.

KitGuru Says: Free game time is something we’ve had on the PC for years from the likes of Steam and Origin. Since game demos aren’t nearly as common as they used to be, a free game time promotion seems like it would be a good idea on consoles. What do you guys think? Should free game time features become standard across consoles?