Battlefield 1 might not officially launch until the 21st of October but if you happen to be gaming on an Xbox One or a PC, you can actually get a head start right now. If you sign up for EA Access (Xbox) or Origin Access (PC), then you get to play ten hours worth of Battlefield 1 at your leisure without having to buy the game first.

EA and Origin Access are subscription programs in which you get access to a vault of free games published by EA, with new game releases typically hitting the vault around 9 months after release. Mirror's Edge: Catalyst for example will be free to subscribers by the end of the year despite only launching in June. Battlefield Hardline and Dragon Age: Inquisition also appeared in the vault around nine months after their initial releases. 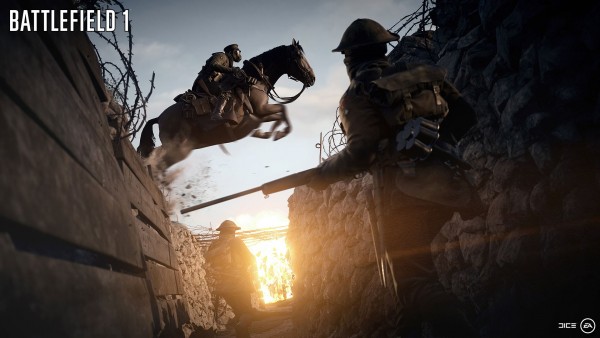 Alongside the free games, subscribers get the chance to play new releases early for a set amount of time. In the case of Battlefield 1, you are limited to ten hours but you can spread that out as much as you want between now and the 21st of October, meaning the clock won't continue to run down after you stop playing, it only counts the minutes you've actually been playing. Any progress you make in the game's campaign during those ten hours will also carry over to the final game if or when you decide to pick it up.

Origin/EA Access costs £3.99 per month, which is fairly reasonable given the vault of games on offer. We'll be putting out a game analysis with benchmarks for Battlefield 1 soon too, so keep an eye out for that.

KitGuru Says: EA's ten hour long trials have come in handy for me in the past as it gave me plenty of chance to form an opinion on Star Wars: Battlefront before paying for the full game. Have any of you guys tried out EA/Origin Access before? Are you tempted to sign up this month to get a headstart in Battlefield 1?