We still don't know when Rainbow Six Quarantine/Parasite is coming out, but Ubisoft has been holding closed gameplay tests recently. Some early in-game footage leaked last month, giving us a few-second glimpse at the game. Now this week, someone has streamed over an hour of gameplay, revealing all the details about how the game works and plays.

The streamer in question broadcast the game on Facebook Gaming and was later banned for a period of time due to breaking NDA. Still, they were able to broadcast an hour of footage before the stream was taken down. Mirrors of the footage have also unfortunately been taken down, but we are still able to chronicle the gameplay details. 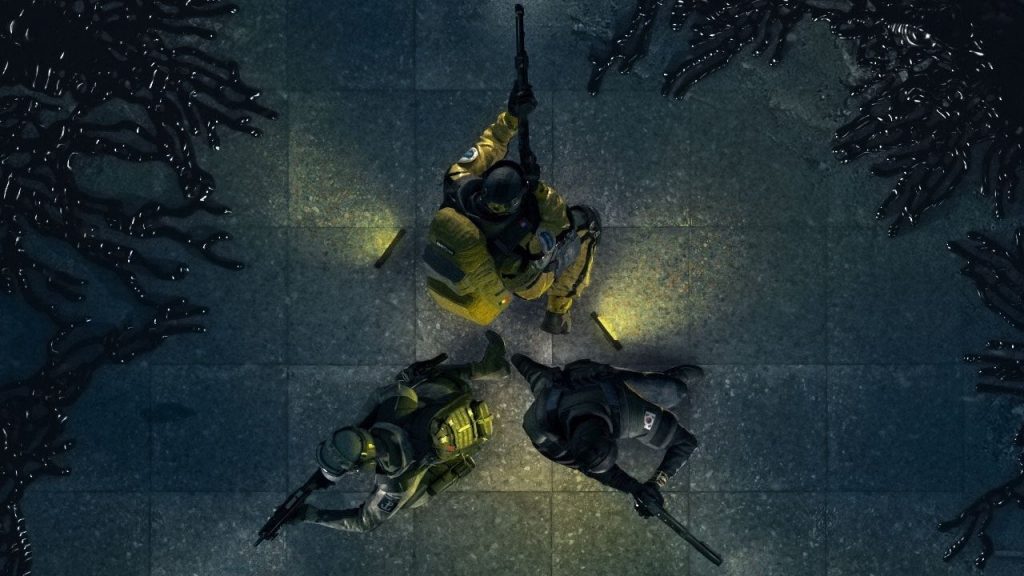 Rainbow Six Parasite will send players out on ‘incursions' (missions), which are split into three zones, each with its own objective. As you clear out objectives, the level becomes progressively more challenging. Players will begin by collecting DNA samples of the Archaeans, the main enemy in the game.

Players will take on the roles of various operators from Rainbow Six Siege, including Alibi, Lion, Vigil, Ela, Finka and Tachanka, each with the same armour and speed stats found in Siege. However, gadgets have been modified to suit PvE gameplay. Stealth is a particular area of focus, with players needing to avoid traps, such as the black goo that we saw in last month's leak. Archaeans will also begin to glow if they are about to spot the player.

As VG247 points out, there are is some Left 4 Dead inspiration here too, with safe rooms and squad-mate revival.

As you would expect, Ubisoft is well aware of the leak and has already commented on the matter, telling Eurogamer: “We can confirm this is a glimpse of our upcoming Rainbow Six game. Recently, we ran an internal test for the game and unfortunately some of the details became public. This clip is a work in progress gameplay footage. We'll share more details about the game later this year.”

Rainbow Six Quarantine was originally announced at E3 2019. Internally, the game was later named Rainbow Six Parasite, but the final release will have a different name, which Ubisoft has yet to announce.

KitGuru Says: Ubisoft has been working on this game for a long time now, but given the amount of recent gameplay leaks, a release date announcement can't be too far off. Are any of you looking forward to this Rainbow Six Siege spin-off?