Late last year, we first caught wind of the next game in the Tomb Raider series, after someone working on the game left their laptop open on the subway. At the time, the game was known as ‘Shadow of the Tomb Raider' and it seems that title is sticking as this week, new logos and concept art for the game leaked online.

This is set to be the follow-up game to Rise of the Tomb Raider, which first launched in 2015 on Xbox One, before heading to PC and PS4 in 2016. This particular Shadow of the Tomb Raider leak comes from a company known as Take Off, which is a marketing agency specialising in video games. It seems someone over there was eager to show off their latest work, accidentally uploading images of the next Tomb Raider game well ahead of its announcement. 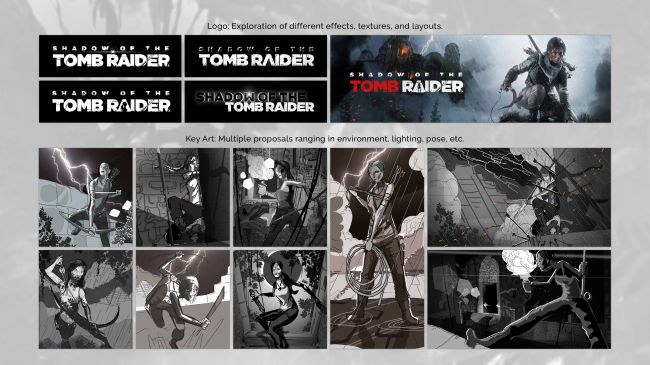 The Take Off LA website is now offline for maintenance due to the leak. However, Internet sleuthers were quick to take screenshots ahead of time, so the leak hasn't been buried. The top half of the screenshot shows the Shadow of the Tomb Raider logo in a variety of fonts and designs. Meanwhile the bottom half shows concept art of Lara Croft in various poses.

Not much else is known about Shadow of the Tomb Raider at this time. However, there has been some talk of this being a spin-off game rather than something made by the Crystal Dynamics A-team. Think along the lines of Arkham Origins in Rocksteady's Batman Arkham series.

Either way, the game is clearly being worked on, so it's only a matter of time before we see an official announcement.

KitGuru Says: This game has been hit by a couple of unfortunate leaks at this point. However, neither of them really tell us how far along the game is. With promotional materials in the works though, I would imagine an announcement will arrive later this year.