Shadow Warrior 2 has been announced

Shadow Warrior, a reboot of the classic 90’s FPS, is officially getting a sequel it has been announced. Shadow Warrior 2 will see Wang return for another adventure and this time, he is bringing some friends along as four player co-op will be supported, which is always a bonus.

The sequel was initially teased on Twitter last night in an image with the tagline: “Who wants some more Wang?” 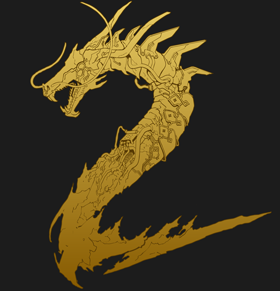 It looks like the team couldn’t wait until E3 next week though as today the official trailer was released alongside news that the game will be heading to the PC, Xbox One and PlayStation 4 next year. The original title was a PC exclusive for some time before launching on the new generation consoles earlier this year.

Judging from the trailer, the sequel will retain the same sense of humour as the first game, which was one of its strong points. There is no exact release date just yet but it will be arriving next year.

KitGuru Says: Shadow Warrior flew under my radar when it originally launched but once I finally got around to it, it quickly became one of my favourite games. If you have yet to play it, then you can find it for £2.50 over at GOG today, or you can wait for the Steam sale, which is set to launch this week (in-fact it will probably be live ten minutes after posting this article). Either way, at that low price, the game is an absolute no-brainer and is well worth playing. Did any of you ever play Shadow Warrior? Looking forward to the sequel at all?