During the Xbox and Bethesda Showcase last week, we heard a lot about upcoming games landing on Game Pass in the year ahead, but Microsoft stayed quiet on what's coming in the immediate future. This week, the games coming to Xbox Game Pass in the second half of June were finally revealed. 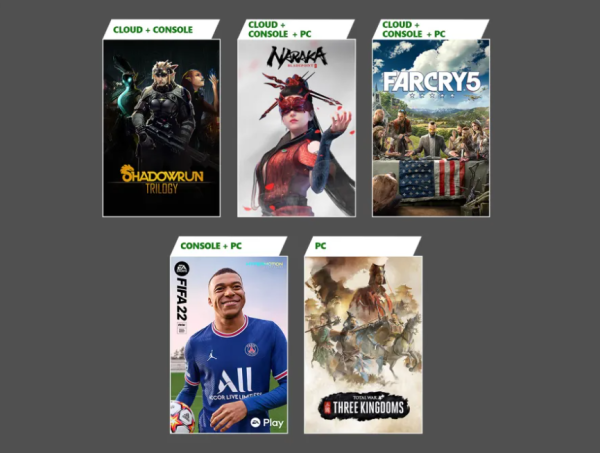 Here's the full list of titles heading to Xbox Game Pass over the next two weeks, including supported platforms and dates:

Far Cry 5 joining the library is significant, as Ubisoft has been ramping up its support for Game Pass this year, bringing over Rainbow Six Siege, Rainbow Six Extraction, Assassin's Creed Origins and For Honor. The Ubisoft Plus subscription service is also expected to launch on Xbox at some point this year.

The list of titles leaving Game Pass on the 30th of June is pretty small. At the end of this month, we'll see FIFA 20, Jurassic World Evolution, Last Stop and MotoGP 20 leaving the service.

KitGuru Says: Shadowrun will be getting a download from me this month, and I may finally check out Naraka: Bladepoint after consistently seeing it on Steam's best-seller list for months. Are there any games you'll be installing?