Over the last couple of years, Rare has been working on a brand new IP, a pirate game called ‘Sea of Thieves'. We haven't seen a ton of it so far outside of some trailers but next week, those who sign up for the alpha test will be able to get their hands on it for the first time. The ‘Technical Alpha' will be going live from the 16th to the 18th of December and it will be the first time the game has been playable outside of a trade show.

While Sea of Thieves is coming to the PC, this particular Alpha is limited to Xbox One owners, which is likely due to the fact that people can't data-mine the files to find things they aren't supposed to. A thousand Xbox One owners will be chosen to take part. 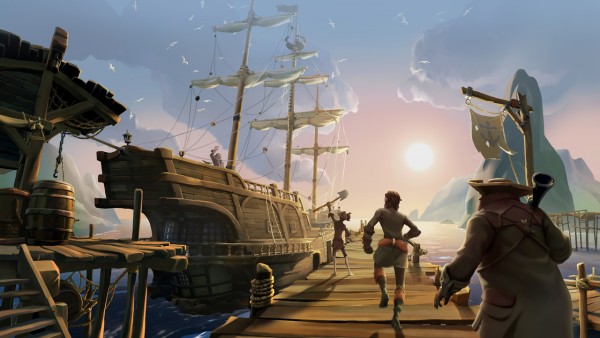 Unfortunately, those taking part in the alpha test will be bound to an NDA, so it is unlikely that we will see much if any footage from next week's semi-public test. That said, alpha gameplay footage has leaked in the past, so it is still a possibility.

Aside from that, Rare has released a new development diary going over what players will be able to do during the alpha test. Essentially, they are being placed on a quest for hidden treasure, there are no waypoints but you will have a map and a chart to try and navigate your team to the island.

KitGuru Says: Sea of Thieves looks like a lot of fun but its going to be a while before any of us on the PC side of things can play it for ourselves. Hopefully things pick up a bit for this game in 2017, after all, a lot of people will be looking forward to Rare's return with this game.