The first game to be announced for SteamVR is … Job Simulator

HTC announced that it was collaborating with Valve on its SteamVR headset this week and now we have our first game announcement. The first title announced for SteamVR is Job Simulator, but the premise of the title isn’t all that bad.

Job Simulator is set in the future, where robots have taken over all of the world’s menial tasks. Now in order to learn about how these robots came to be, the humans of 2050 need to simulate the jobs people in the past used to do to understand why the robots were needed. 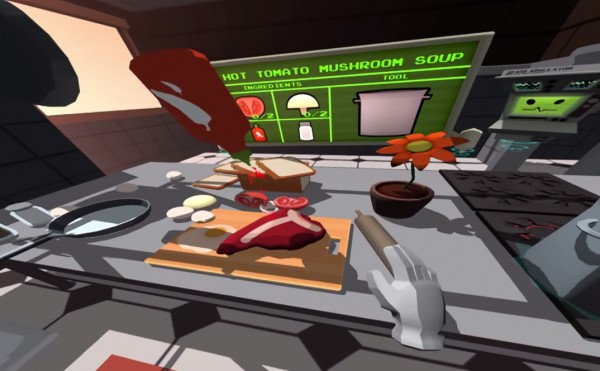 So to sum up, Owlchemy Labs’ upcoming game is a Job  Simulator, just as the title suggests. Speaking about the new Valve/HTC headset and how it compares to the Oculus Crescent Bay prototype, Owlchemy’s Alex Shwartz wrote on Reddit:

“I’m not sure about the difficulty as we approach consumer launch but right now supporting SteamVR and Oculus should be totally doable. I’d guess any company entering the consumer VR space would benefit from content creators who are able to play nicely with multiple VR platforms.”

KitGuru Says: While a job simulator isn’t the most exciting concept, the fact that Valve is getting involved more with virtual reality is exciting, as are Shwartz’s comments on Valve’s headset in comparison to the most recent Oculus Rift.