Metal Gear Solid V will launch on the 1st of September

The cat is out of the bag, it looks like Metal Gear Solid V: The Phantom Pain will be launching on the 1st of September. How do we know? Well a sponsored IGN video for the announcement, which is due to take place tomorrow, just leaked, showing off the world-wide release date.

Konami, the publisher for Metal Gear Solid, penned a marketing deal with IGN to help drum up some hype for the game, promising a big announcement tomorrow, at the end of a countdown. However, someone managed to get their hands on IGN’s video a little early. It isn’t up on YouTube but you can currently watch it, HERE– until it gets taken down. 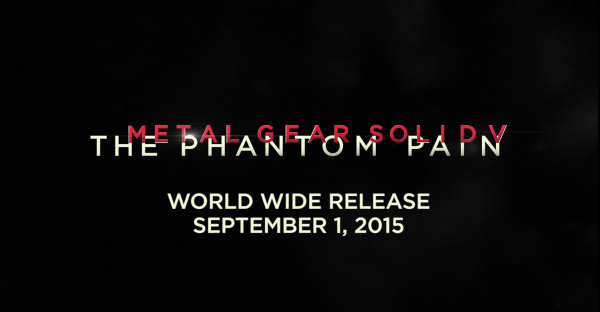 As you can see, the video link goes to an IGN web page so it all seems to check out. In-case the video has already been taken down, it shows MGS creator, Kojima, talking about the game’s development, explaining that it is in the final stages right now and all that is left to do is root out the bugs over the next six months.

The leak was first spotted on NeoGAF (via Kotaku), by user Nibel.

KitGuru Says: Metal Gear Solid V is finally coming and what makes this announcement that much better is that there will be a world-wide release, rather than a staggered one. Presumably this date applies to all platforms, including the PC. Are you guys looking forward to Metal Gear Solid V?