The next Call of Duty: Advanced Warfare DLC launches this month

Activision and Sledgehammer Games have announced the next DLC for Call of Duty: Advanced Warfare, ‘Ascendance’, will be launching on the 31st of March, bringing four new maps and a new chapter for the Exo Zombies mode.

The 31st of March release date is for the Xbox One and Xbox 360 as part of Microsoft’s deal with Activision. The DLC pack is due to hit the PlayStation 4, PS3 and PC one month later, at the end of April. 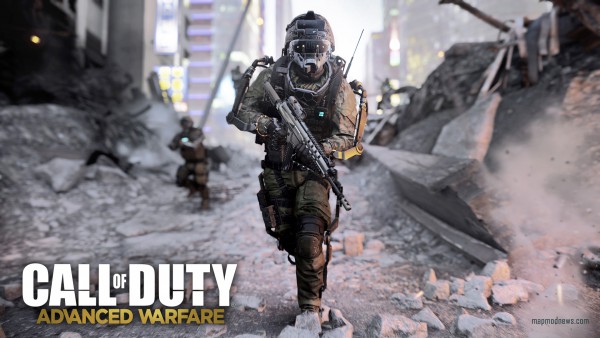 The four maps included include Perplex, Site 244, Climate and Chop Shop. The next chapter for Exo Zombies will be set on “the outskirts of an Atlas facility” and will introduce new zombie types to the mix.

There will be two new weapons, the OHM directed energy light machine gun and the OHM Werewolf custom variant. Finally, Advanced Warfare players will be getting a new multiplayer playlist called Exo Grapple, which takes place on Ascendance maps exclusively.

Ascendance follows on from Havoc, which came out in January. There are two more planned DLC packs set to launch later this year known as ‘Supremacy’ and ‘Reckoning’.

KitGuru Says: Sledgehammer’s take on the Call of Duty franchise actually turned out pretty good. It is a big step up from the last couple of titles from Infinity Ward. Are any of you guys still playing the new Call of Duty? Do you avoid the series?