The next Call of Duty game has been announced

The next Call of Duty game was due to be revealed this Sunday, however, the announcement leaked early so here it is- the latest in the franchise will be titled Call of Duty: Advanced Warfare and the trailer stars none other than Kevin Spacey from House of Cards.

“Call of Duty: Advanced Warfare envisions battlegrounds of the future, where both technology and tactic have evolved to usher in a new era of combat for the franchise” 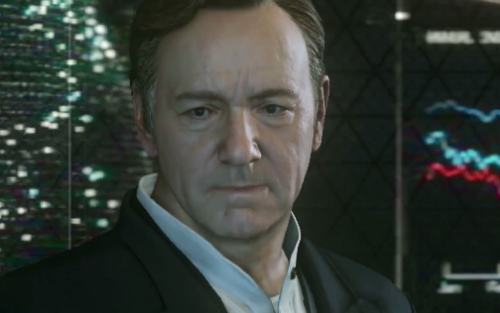 Advanced Warfare is developed by SledgeHammer, previously the developer had helped Infinity Ward with Modern Warfare 3 but this will be the company’s first full title in the series. The trailer shows off an in-game Kevin Spacey ranting about democracy and terrorism while soldiers in Crysis style exoskeleton suits climb walls like spiderman, blow up tanks and shoot at bad guys with futuristic weaponry. Hover bikes are also included, along with cloaked helicopters and portable cover devices.

The game will arrive on the 4th of November but specific platforms have yet to be announced. However, it’s unlikely that such a large franchise won’t launch on last gen’s Xbox 360 and Playstation 3 alongside the current Xbox One, PS4 and PC.

KitGuru Says: Another year, another Call of Duty. Maybe this new developer will help breathe life back in to the series, we’ll just have to wait and see. How many of you guys still keep up with Call of Duty? I used to keep a copy around for when friends came over but those days are long gone for me.