Given that our most recent survey shows that 93% of KitGuru’s audience are serious PC gamers, we know how much you all crave the smooth frame rates and high levels of image quality. That all takes power. Probably more than you’re prepared to pay for. Enter overclocking. KitGuru casts an eye over 8Pack’s bulging bicep to read the scores on the doors.

Think ‘Conan the System Builder’ and you’re in the right zone.

8Pack’s combination of big biceps and even bigger overclocks has provided a neat focal point for the team at Overclockers.co.uk

On the OcUK web site, 8Pack’s system page BEGINS with triple GTX780 machines for a smidgen under £7,000. While that is impressive, you have to remember that, for customer rigs, reliability will be a factor.

What happens when you go balls-out for performance and don’t worry about longevity?

KitGuru managed to catch up with 8Pack about his latest records and this is what he told us.

“Our overclocking team won the Pro OC Cup competition on HWbot yesterday by the biggest margin ever seen on the comp”, he said. “This competition is the most prestigious on HWbot and is fiercely competitive. Teams can have upto 5 guys making submissions. This round I made all submissions for us. Typically this comp is very tight being won by a very small margin of points. We won by 35 points!”

OK. We get it. The systems were fast. But just how fast?

He continued, “We set another one in Cinebench 4 Core CPU which I ran at almost 6.4GHz”. 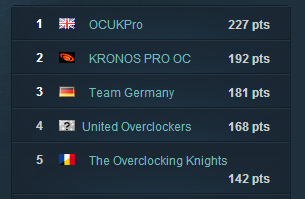 There were also a number of very close attempts, “Other good scores where in HWbotprime where I scored the second best score ever for 6 Core CPU with 4930K at over 6.4GHz and the 3rd best score ever in Heaven Bench using an MSI lightening at 1495MHz with 1725 mems”.

You can check out full coverage here.

“There’s also a link for some truly crazy mods”, said 8Pack. “You can see them here“.

Judging from the shots we’ve seen, doing a MASSIVE overclock on Radeon R7 240 cards seems to be the most fun:- 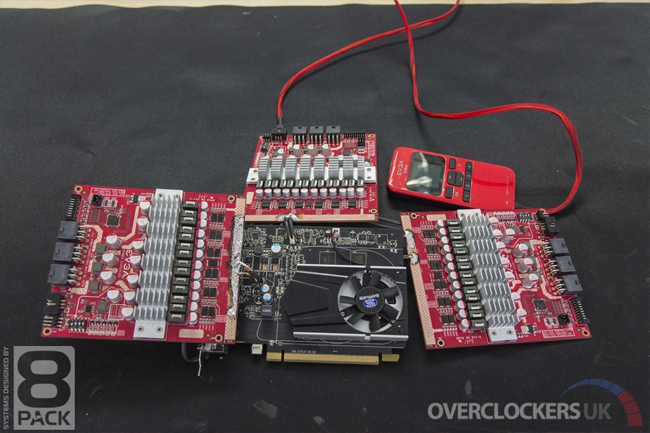 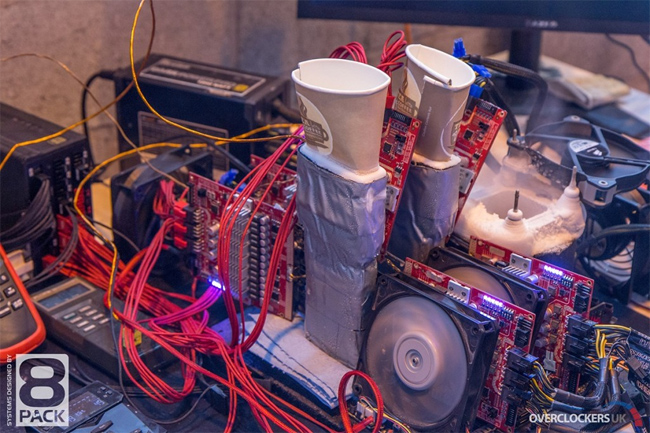 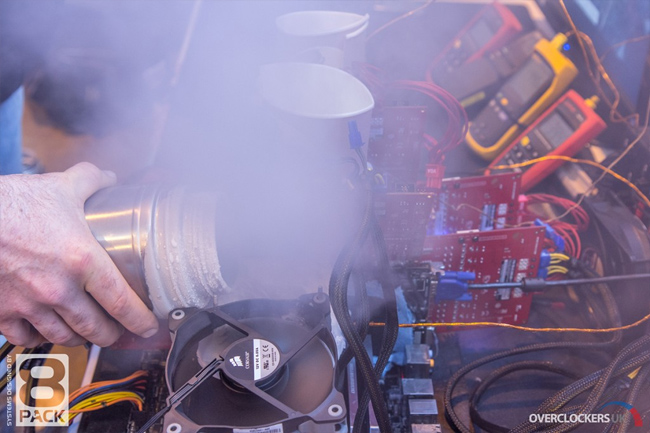 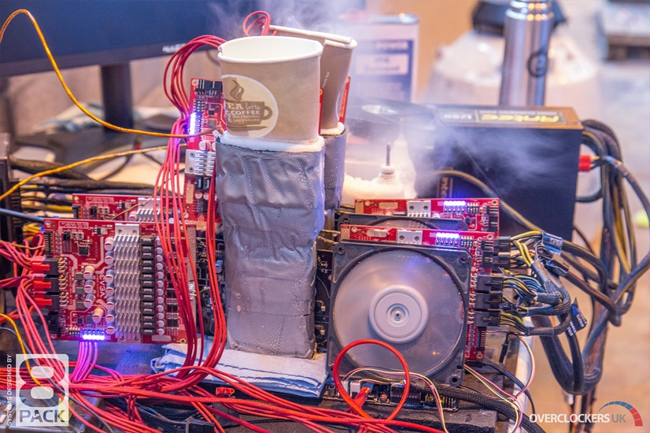 KitGuru says: These are seriously good scores, but what should you expect from an engineering-genius-man-mountain?

Ever set a record?  Or tried? Let us know over on Facebook.