Titanfall to be limited to 6V6 in multiplayer matches

Respawn, the developer behind the upcoming Microsoft exclusive game Titanfall, has just announced that the game’s multiplayer mode will only allow for 12 players in 6V6 matches online. Respawn Vice President, Vince Zampella, confirmed this on Twitter:

“6v6 is max player count. Turned out to be the best balance with AI for us. That’s humans only count. There are lots of AI, everyone can have a Titan in follow or guard mode too.”

The player count isn’t capped because of hardware issues, the developers just feel like the game will play better with six human players per team mixed with Titans and AI characters: “It’s not a technical question for us — we’ve tested dozens and dozens of players — it’s more of a creative and game design question.” Producer Drew McCoy told Polygon during an interview at E3 last year.

The low player count has caused some scepticism amongst gamers though and as a result, McCoy has had to come out to defend the game:
“Vince is right – we tried a huge amount of playercounts (all the way down to 1v1 and up quite high) and designed the maps, gameplay mechanics, and entire experience around which played best. If anyone wants to chase the numbers game, perhaps we’re not the experience they’re after? I dunno.” 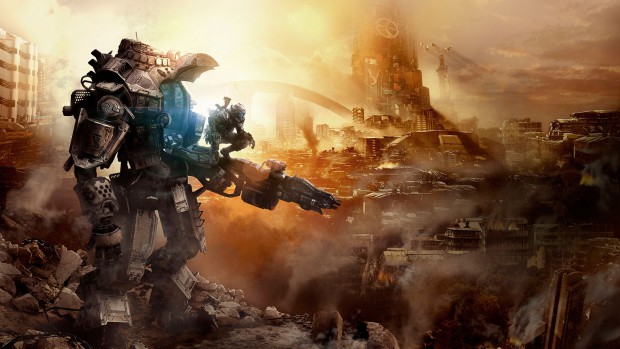 For those worried that the AI characters will be the same as bots- they won’t be. According to McCoy they are an entirely different class of character: “Oh, and I keep seeing people thinking we’ve got “bots” when we talk about AI. Thats not how they are. The AI in Titanfall are not replacements for human players. Our playercount is not 6v6 because of AI – AI play their own role in the game and are a different class of character in the game.”

KitGuru Says: Not every online shooter has to play like Battlefield with massive 64 player servers, sometimes less is more, Counter Strike started off as a five a side game and look how successful that turned out. What do you guys think? Do you prefer huge multiplayer matches or are you fine with smaller more concentrated team games?