Prior to the PlayStation 5 being announced last year, we saw a number of leaks regarding the V-shaped development kit. As it turns out, someone managed to get their hands on a couple of these kits and swiftly began attempting to sell them on eBay, that is until the listings were taken down.

This wouldn't be the first time we've seen a new console development kit make its way out into the wild. At the start of the Xbox One/PS4 generation, we saw codenamed ‘Durango' Xbox development kits falling into the wrong hands. 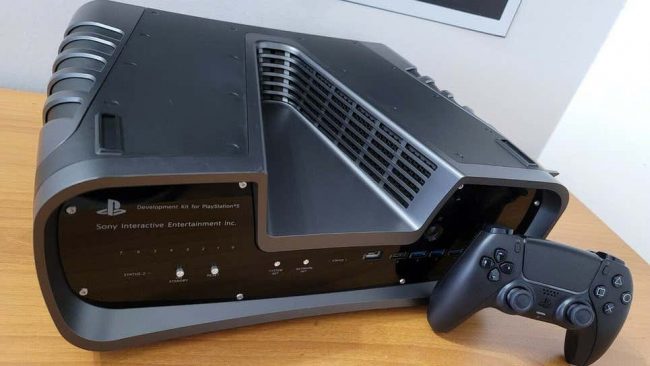 As reported by Zuby_tech (via Kotaku), the PS5 dev kits in question here appeared on eBay for several hours, including images of the V-shaped, prototype console. Bids reached as high as €2,850 before the listings were pulled. Interestingly, the listing also included two all-black DualSense controllers, which shipped in a two-tone black and white design for the final retail unit.

Unfortunately, nobody knows why the listings disappeared, as eBay has not commented to confirm if it took the listings down, or if Sony got involved directly. It is also possible that the sellers pulled the listings themselves due to potential legal ramifications, or due to receiving a private offer.

KitGuru Says: Console dev kits have made their way out into the wild before, often falling in the hands of collectors and preservationists. Typically, we don't see these kits on sale so soon after the release of a new console though. There appears to be more to this story, so hopefully we'll get updates in the coming days.