Ubisoft delays The Division DLC to actually fix the game

The Division has had its fair share of issues since launch, to the point where a lot of players just could not enjoy the end-game content. Rather than doubling down on the problems though, so far, Ubisoft has been prioritising DLC updates instead. However, that is changing now as Ubisoft has announced that it is delaying the next two expansions for the game in order to actually fix it.

This means there will be a gap in new content, instead update 1.4 will focus “entirely on bug fixing, game balancing and other improvements”. The Survival expansion will now come out late this year, while the Last Stand expansion will arrive in 2017. 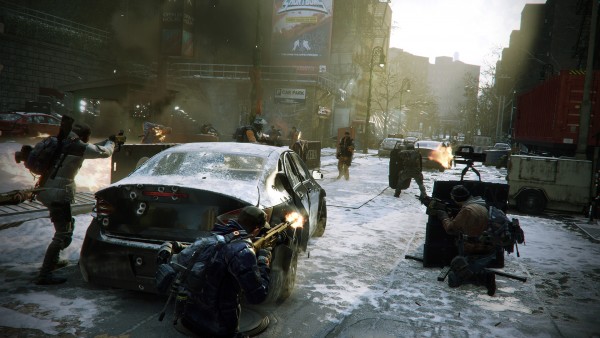 “This new schedule will not only enable us to strengthen the core experience before adding new content, but also continuously improve it by allowing for more production time to ensure the quality of future updates as well. This ongoing effort will begin with Update 1.4 where we will address some of the most pressing issues, such as bugs, loot and time to kill and set the foundations for future improvements such as PvP and Dark Zone.”

This isn’t the first time Ubisoft has been fairly slow to fix problems with one of its games, the publisher also only just recently began taking anti-cheat seriously with the PC version of Rainbow Six: Siege, which has been out since December of last year.

KitGuru Says: I had to give up on The Division a while back simply due to the constant bugs being present each week. They have taken their sweet time but it looks like some of those problems may finally get fixed now. Hopefully in the future Ubisoft won’t just leave its players to deal with issues for months on end and then expect them to fork out for DLC. Are any of you guys still playing The Division? Have you been facing any consistent problems?