CD Projekt Red’s final piece of content for The Witcher 3 is approaching fast. With a release date set for the 31st of May, the Blood and Wine expansion is set to tie up Geralt’s story for good and the latest trailer, titled ‘Final Quest’ is our best look at what is on offer yet.

Blood and Wine will see Geralt head off to Toussaint, a city with a dark secret and a beast terrorizing the kingdom. The new map is said to be as large as the Skellige Islands, which were a huge area of the base game and interestingly enough, CDPR seems to be touting a 30 hour adventure with this expansion now. 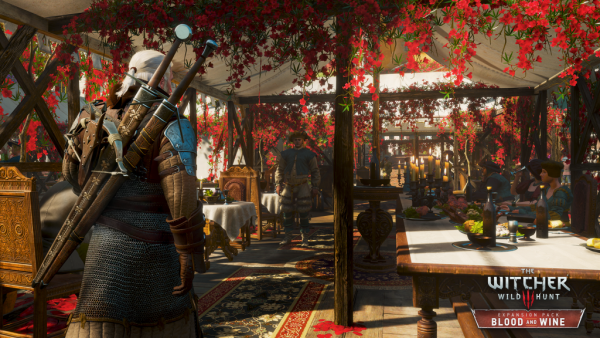 The trailer shows off more of Toussaint, as well as some of the new creatures Geralt will be going up against out in the wild, all playing out to Bring Me The Horizon’s song ‘Blessed with a Curse’, which is yet another hint at what this expansion will be all about.

The Blood and Wine expansion released on the 31st of May. Once that is out-of-the-way, CD Projekt Red will be moving on to Cyberpunk 2077, with no current plans for future Witcher sequels.

KitGuru Says: After keeping quiet for many months, CD Projekt Red is really ramping things up for the release of Blood and Wine at the end of the month. Will any of you be picking up the expansion when it launches?