Over the course of each month, Microsoft adds a number of new titles to its Xbox Game Pass service. The console manufacturer has now announced its next batch of games, including titles such as Dirt 5, Elite Dangerous, Superhot and more.

The titles set to join Game Pass over the course of the second half of February are: 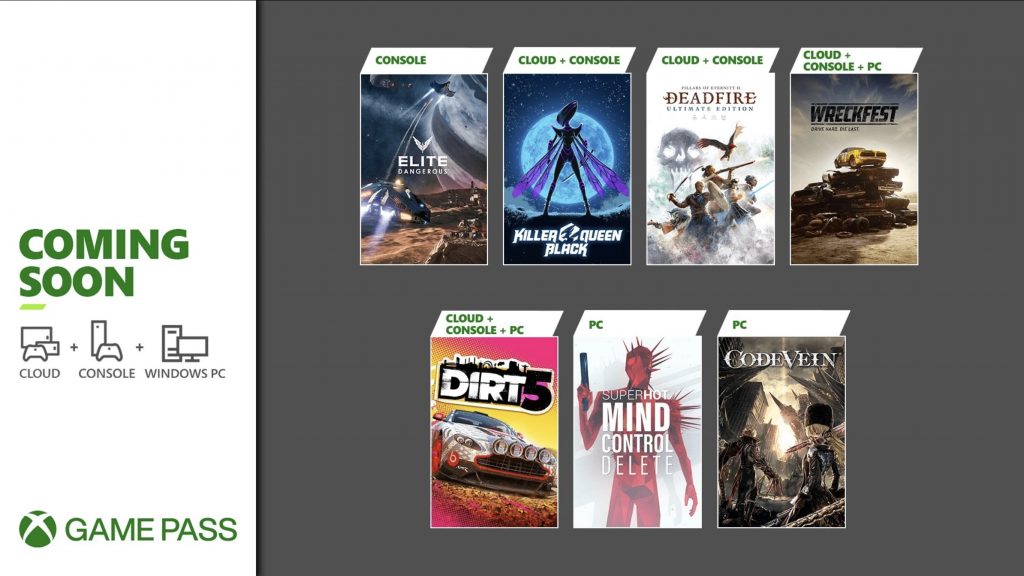 Unfortunately, as always, some games will also be leaving the service:

This lineup of soon-to-be-added titles include a number of major releases, in particular Dirt 5, which only recently released on the 6th of November. Furthermore, as the game supports Microsoft’s ‘Smart Delivery’, Series X|S players will be able to play the next-gen version of this game, which includes a 120fps mode and more.

Microsoft continues to seemingly offer great value for money with its Game Pass service, especially if you play a wide variety of games.

KitGuru says: What do you think of this line-up? Which game are you most excited for? Are you subscribed to Game Pass? Let us know down below.