Following last night’s Resident Evil Showcase, Capcom released new technical details for the upcoming Resident Evil Village. As with many games, Village will offer multiple graphics modes. What is unusual however is the fact that some of these modes will lock the game to 45fps.

Ahead of the release of Resident Evil Village, which is just a few weeks away, Capcom have released exact details on the multiple graphics modes available to each console. While this is nothing new, Capcom has made the odd choice to have some of the modes lock at 45fps.

On PS5, the game is available at 4K and 60fps, or 4K and 45fps with raytracing. Xbox Series X gets the exact same treatment. The Xbox Series S meanwhile will run at either 1440p 45fps or 1440p 30fps with ray tracing. 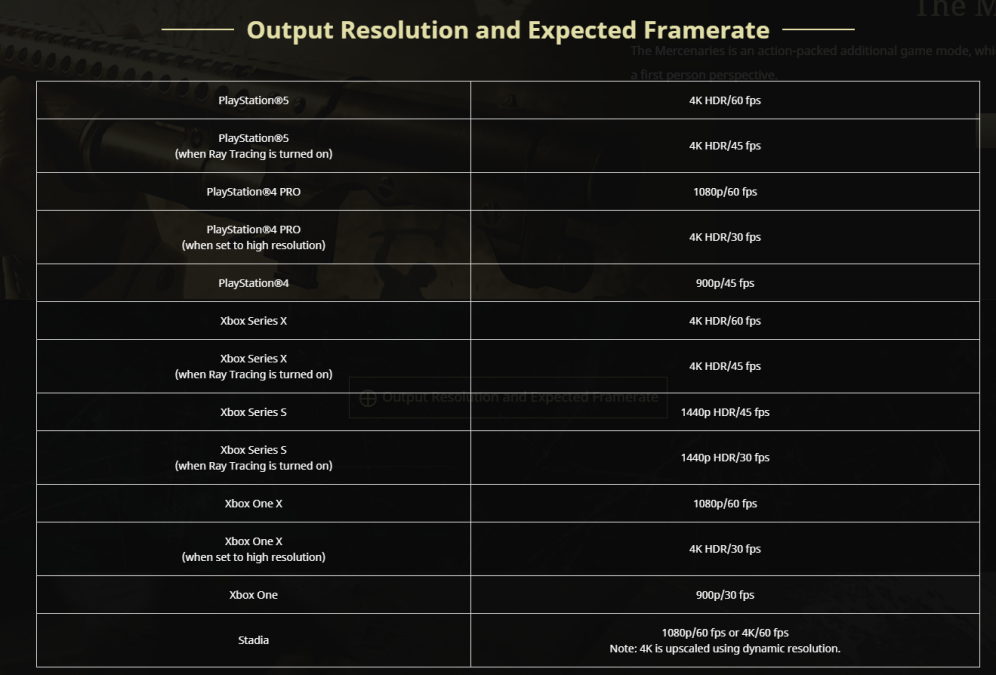 While 45 fps is technically better than 30fps, frame rates which aren’t divisible by the refresh rate of a display can introduce a number of issues, including screen tearing or noticeable stutters. This is why games will often target either 30, 60, or 120 fps. The decision by Capcom to lock a game to 45fps is an odd one – and hopefully for those who are bothered by microstutters and such, Capcom will offer an optional 30fps cap for the ray tracing modes.

The publisher also released specs for the previous gen systems, with PS4 Pro running the game at 1080p 60fps or 4k 30, and the Xbox One X running at the exact same resolutions and frame rate. The PS4 meanwhile will run at 900p and 45 fps, with the Xbox One dropping down to 30fps.

KitGuru says: What do you think of Capcom’s decision to run the game at 45fps? Should they offer a locked 30fps mode? Does screen tearing and microstutter bother you? Let us know down below.