The Call of Duty franchise has sold over 400 million copies

Though Call of Duty may not have as much of a positive reception as it did during the height of its popularity, the franchise continues to be one of the best selling every single year. In the years since the first game launched all the way back in 2003, the Call of Duty franchise has sold hundreds of millions of copies, with Activision now confirming that over 400 million copies have been sold.

Activision recently announced that Call of Duty Warzone had surpassed 100 million players, a major milestone for the free-to-play battle royale game. While certainly an impressive feat, especially for how new the game is relatively speaking, what is perhaps even more impressive is just how many premium games the franchise has sold.

According to the team, “we also crossed another major milestone across the franchise: over 400 Million Call of Duty premium games have been sold since the very first Call of Duty launched back in October 2003, to the franchise’s most recent release of Call of Duty: Black Ops Cold War in November 2020.” 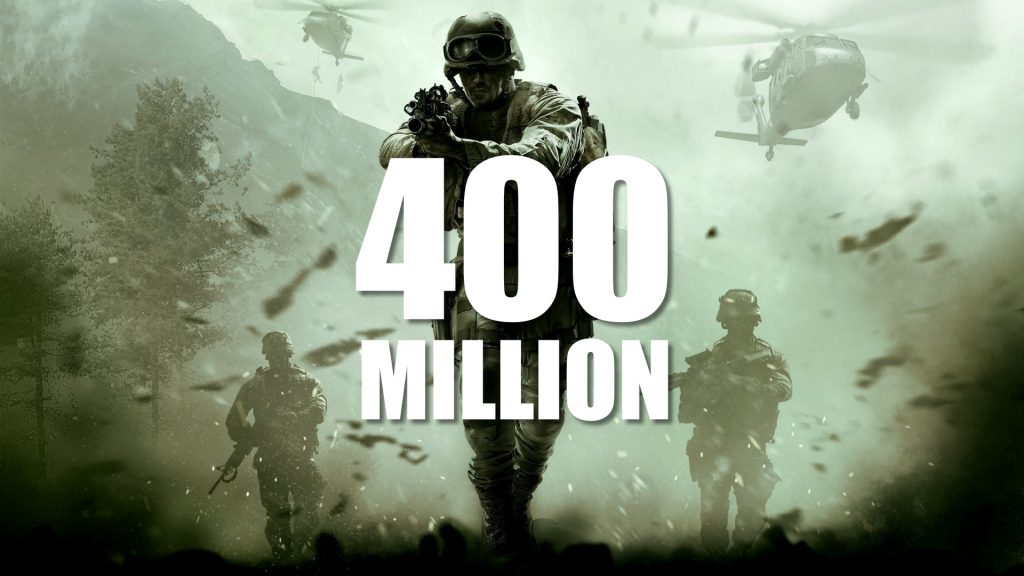 This puts Call of Duty as the third best selling video game franchise of all time, only behind Mario and all of its sub franchises (680.83 million) and Tetris (495 million). The team concluded by saying “Thank you for creating countless memories, shared experiences with friends and for being a part of the greatest community in the world. We’ll see you online.”

KitGuru says: What do you think of this milestone? Do you play Call of Duty? What is your favourite Call of Duty game of all time? Let us know down below.