The reason that the launch of Kim Dotcom's MegaUpload 2.0 did not occur on the planned 20th January launch date, was because of a Canadian stock exchange. Although MegaUpload 2.0 was set to perform a reverse takeover of a Canadian firm in order to become publicly listed and increase its value, a stalling due to information requests has seen MegaUpload 2.0 pull out of the plan.

Kim Dotcom has managed several innovative web ventures over the past few years and has even tried a reverse takeover in the past too. His last file locker, Mega, tried the same thing, though it was blocked by a lack of shareholder approval. The decision to stop the reverse takeover this time appears to be taken by MegaUpload 2.0 rather than the exchange, but we're told it was because of the exchange's “bias.”

The plan, as per Kim Dotcom's latest tweets, was to see Bitcache, the parent and sister company of MegaUpload 2.0, take over an unnamed, Canadian publicly listed company. This would have seen Bitcache valued at $100 million and add an additional $12 million in capital to the fledgling company. However when this merger was put to the exchange, “further detailed and intrusive information,” was requested, leading the Bitcache board to nix the deal altogether.

In order to maintain its flexibility at this time in its short life, Bitcache will for now remain its own entity. We're told that a beta trial of Bitcache and MegaUpload 2.0 will come about later this year.

This has left some fans of Dotcom rather agitated. He not only encouraged early investment in Bitcache – which now doesn't have much to show, despite the promised 20th January event – but also encouraged people to buy Bitcoin, estimating its value would rise based on the launch of the Bitcache/MegaUpload 2.0 service.

It is important to point out however, that Kim Dotcom does not head up the new company, but is merely an evangelist, which suggests the developers are using his name value to help promote the brand and increase early funding. However it could also be that Dotcom wants to distance himself from the company's finances, should his extradition appeal fail and he is deported to the U.S.

KitGuru Says: I can certainly understand people feeling duped by Dotcom. While he has no doubt launched a few innovative services over the years, he has a record of making big promises and then struggling to deliver. The Meganet and Internet MANA Party being two of the biggest. 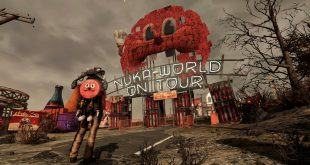 Though it launched in a somewhat laughable state, Fallout 76 has continually been updated since …