Apparently Microsoft is currently working on a new Surface tablet that ditches the poorly received Windows RT in favor of a full, proper version of Windows. Right now, the name floating around is ‘Surface 3’, not to be confused with the Surface Pro 3, which launched last year.

According to WinBeta, the new Surface tablet will be revealed before or during Microsoft’s Build conference towards the end of April. It should also become available to purchase fairly soon after the announcement, sporting a full version of the Windows operating system, although exactly which version is still up in the air. 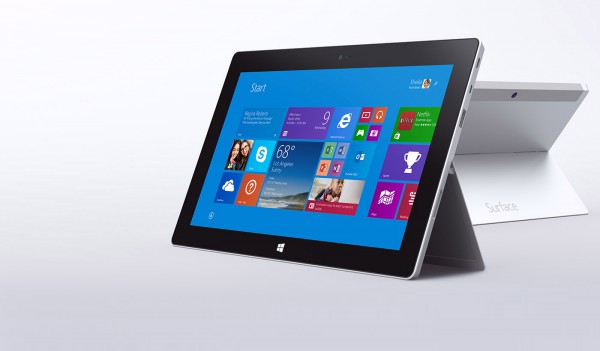 It is possible that the new Surface will initially launch with Windows 8.1 and will then be upgraded to Windows 10 once that releases later this year. The tablet will also incorporate a fanless design, thanks to either an Intel Atom or possibly a Core M processor. The Core M is also featured in Apple’s latest Macbook, which makes use of passive cooling.

Microsoft’s Windows RT didn’t really take off in the way the company likely hoped so it isn’t too surprising that it is now pursuing a tablet with a full version of Windows. It also fits in well with the company’s new cross-device approach to Windows 10, although this tablet may end up launching before the new OS.

KitGuru Says: Microsoft’s Surface line of tablets have picked up some steam over the last year or two. Do you guys think the Surface tablets will become more popular with a full version of Windows, rather than Windows RT?