noblechairs has made a name for itself as a premium designer of gaming chairs, impressing us on both accounts with its Epic and Icon Series. In a bid to outdo itself, the company has bolstered its line-up with the brand new Hero Series, built from the ground up with customer feedback.

The Hero Series provide the largest noblechairs design yet, thanks to its wider base set and taller backrest. As always, comfort is a key factor in bringing the Hero Series to life, with the large amounts of padding, brand new 4D armrests and a memory foam headrest all crafted to relieve the user after long gaming sessions, and potentially prevent pain.

The headline feature to the Hero Series is the addition of the much requested adjustable lumbar support, often exclusive to high-end cars. noblechairs has placed customisation in the user’s hands, allowing owners to quickly tweak lumbar support without hassle via the twist of a knob. 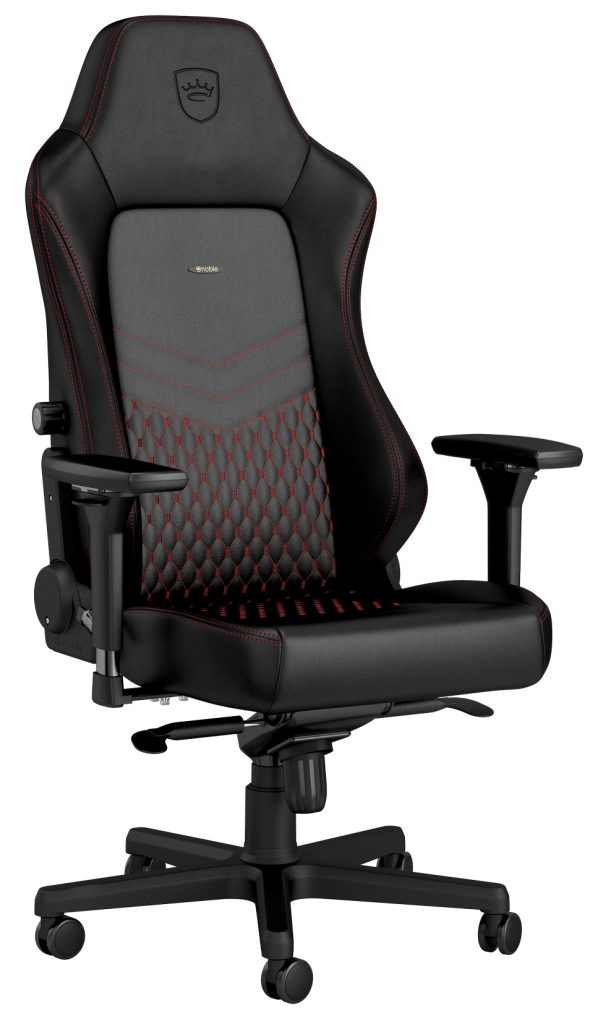 Some things don’t need to be changed, however, as noblechairs continues to use its signature diamond pattern stitching, offering 8 striking colour schemes across the Hero Series. 6 of these are 1.5mm PU faux leather offerings, with a choice between black, red, blue, gold or platinum stitching, or an elusive BIG Clan Edition. The two 1.7mm top-grain real leather variants both feature some gold stitching, while users get the choice of adding black or red stitching into the mix as the primary colour.

The noblechairs Hero Series is already available at OverclockersUK, with the PU faux leather models priced at £349.99 and the real leather models costing £579.95.

KitGuru Says: While it’s safe to say that the Hero Series continues noblechairs signature aesthetic with pride, we won’t know if it will live up to its renowned predecessors until KitGuru gets a hands-on in the coming weeks. Do any of the Hero Series chairs appeal to you?

Previous 32 Core Threadripper 2990X spotted for just over €1500
Next RAMpage exploit can affect millions of Android devices, but the odds are stacked against it 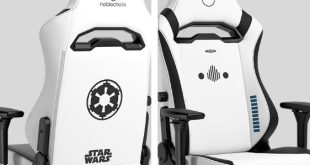