At Computex earlier this month, AMD officially outlined its new Threadripper line-up, utilising the refined Zen+ architecture. We already know that the flagship CPU will pack 32 cores and 64 threads, but there was no word on pricing. Since then, a major German retailer has given us a hint, listing the Threadripper 2990X with a price tag of just over €1500.

The listing was spotted by Videocardz over on German retailer ‘Cyberport’. The listing gave us the Threadripper 2990X nomenclature, and a €1509 price tag, which directly converts to around £1340 in the UK, though the final price tag will likely be a bit different. This puts the new 32-core chip at around £400 more expensive than last year’s 1950X, which featured 16 cores and 32 threads. 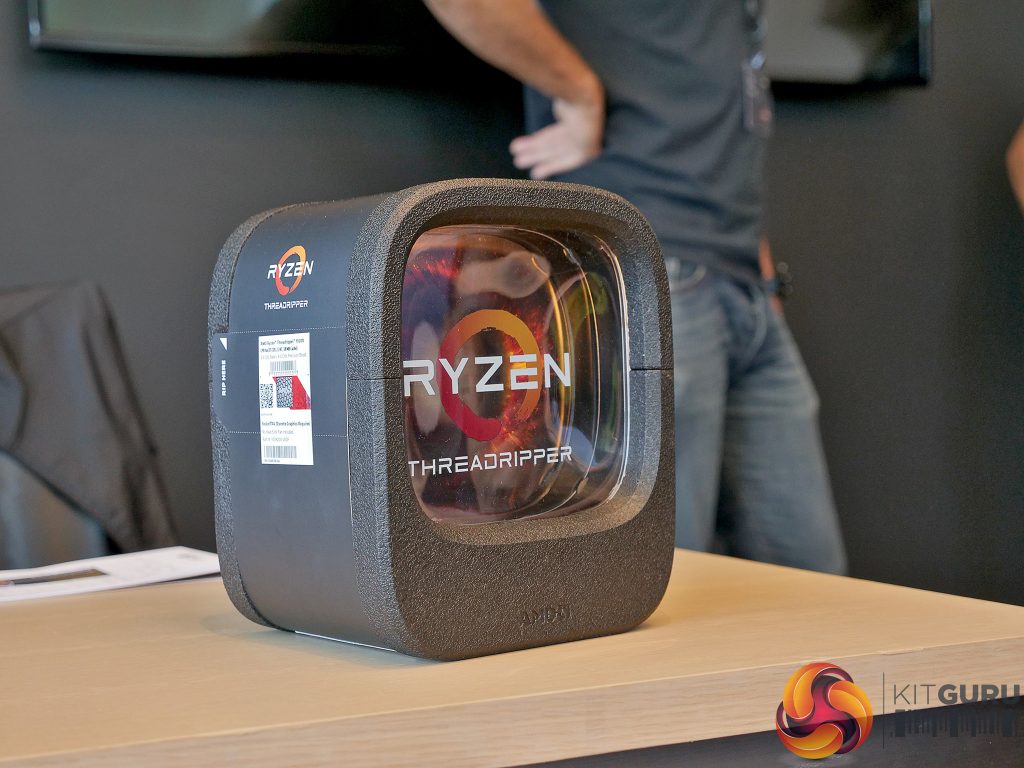 It is worth noting that the Threadripper 2990X model name is not confirmed by AMD, and nor is the price. However leaked benchmarks have been pointing towards the 2990X name being accurate.

With AMD getting aggressive with its pricing, we could see Intel start to worry. The 18-core Core i9 7980XE retails for around £1800, making it significantly more expensive than AMD’s upcoming flagship and according to benchmarks leaked by HKEPC, the 2990X should also outperform the Core i9, with Cinebench results showing a 331 point difference in AMD’s favour.

KitGuru Says: It appears AMD has hit it out of the park again with the 2990X, Intel will be quite worried about this HEDT offering. Do you think the 2990X is a better value proposition than the 7980XE?