Smartphone manufacturer Huawei has a new flagship on the way next month, with the Mate 10 and Mate 10 Pro due out on October 16th. The company is claiming that it can beat the dominating companies by making use of faster Kirin 970 chips with built in artificial intelligence.

Huawei’s chief executive of consumer business, Richard Yu revealed a new mobile chip that retains the speed and power to house AI, while consuming less power. This will be the centre of the new Mate 10 line of devices, rumoured to feature a better screen-to-body ratio than previous entries with a full display of 6-inches or more.

The built-in AI acts similar to that of the virtual assistants of other companies, aiming for a more personalised experience by learning its user’s interests and building a better idea of predicting its user’s actions. 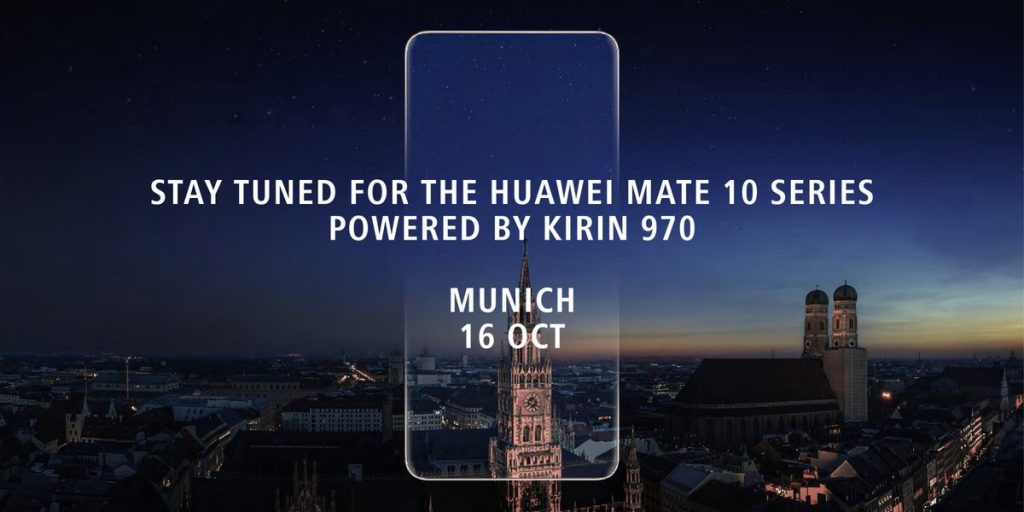 The new Kirin 970 chip will help conserve the battery life of its phones by up to 50%, which Yu claims will give the company advantages when “compared with Samsung and Apple… Users are in for much faster performance, longer battery life and more compact design.”

Huawei has dubbed the new chip as a Neural Processing Unit (NPU), the first of its kind for smartphones. What originally required several chips, such as graphics, sound and general computing are rolled into one, saving space and potentially resulting in a faster and smoother experience.

We at #Huawei believe people want a device that can understand and predict their needs in an innately human way. #Kirin970 #HuaweiMobileAI pic.twitter.com/LU6WGBG7hn

While no details have been revealed at this point, the Mate 10 and 10 Pro will likely share a similar relationship to that of the 9 and 9 Pro. Featuring the previous 960 chip, the 9 Pro boasted a higher QHD resolution curved screen over the Mate 9’s Full-HD, also with options of more internal storage space and memory.

With Apple unveiling its next iPhone on September 12th, we can expect more information on the Mate 10 and 10 Pro in the run up to its October 16th release, especially as it seems that Huawei is visibly running to get ahead of its competitor this time.

KitGuru Says: I hope that the new Kirin 970 is as promising as it sounds, as a solid alternative to Snapdragon processors would help the market grow. Do you think the Mate 10 or 10 Pro will be your next device?